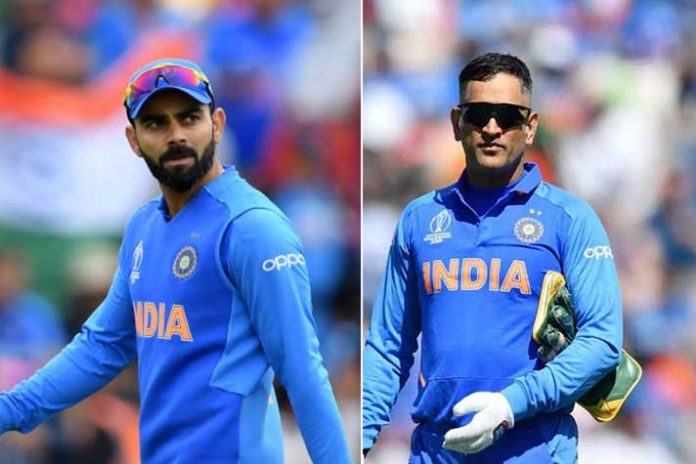 Mahendra Singh Dhoni has been dropped from the list of Board of Control for Cricket in India annual contracts for 2019-2020 season. There is no change in the Top A+ grade as the trio of Virat Kohli, Rohit Sharma and Jasprit Bumrah has retained their respective positions for the ₹ 7 crore salary contract.

The Board of Control for Cricket in India on Thursday has announced the Annual Player Contracts for Team India (Senior Men) for the period from October 2019 to September 2020.

There is no change in the payment structure for the Team India (Senior Men) players contracted in four categories – A+, A, B and C.

While Kohli, Rohit and Bumrah has done enough to retain their elite contracts, there is no new name in the highest salaried A+ category.

In the ‘A’ category, there is one major change. Dhoni, who has not played any international cricket ever since India’s exit after the 2109 ICC World Cup semi-final defeat, is dropped. KL Rahul is the sole new inclusion after having been upgraded from Grade B.

There are two new faces – Wriddhiman Saha and Mayank Agarwal – in the third category Grade B, while Rahul has been promoted from this bracket. The BCCI has also increased the number of Grad B players from four to five. Saha was upgraded from the Grade C bracket while Agarwal has got his maiden retainership.

As always, the basic Grade C bracket has the maximum changes. In addition to Saha’s upgradation, only Kedar Jadhav, Manish Pandey and Hanuma Vihari have been able to retain their contracts in this group. Dinesh Karthik, Ambati Rayudu and Kaleel Ahmed are eliminated. Navdeep Saini, Deepak Chahar, Shadul Thakur, Shreyas Iyer and Washington Sundar have all got their maiden contracts from the BCCI.

The BCCI had announced the contracts in a Press release today (Thursday). As against 25 players last year, the board has offered contracts to 27 senior male cricketers this time.