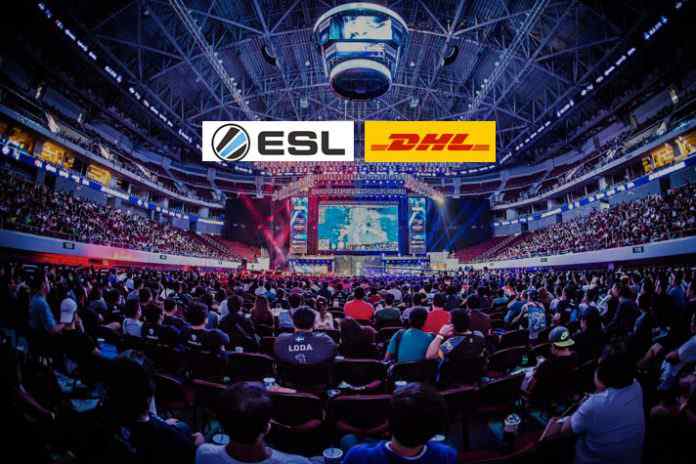 DHL has announced its official partnership with one of the world’s largest esports company ESL, in a bid to expand its brand presence in the esports market which is growing exponentially with millions of fans and active players around the globe.

The German logistics company will handle the event logistics for the ESL One series as the official logistics partner. DHL, with decades of expertise in event logistics, will not only be transporting the stage equipment to the venues throughout the series but also the individual gamer seating that belongs to the teams of players.

DHL will handle the logistics for the upcoming Dota 2 tournament in Birmingham at the end of May followed by a CS:GO tournament in Brazil in June. The ESL One series will then move on to Cologne in July, New York, in September and Hamburg in October. The Deutsche Post-owned division will, in return, benefit from its branding featured on various social media channels and via further communications measures throughout the ESL One series tournaments.

DHL is adding a sport that is not only growing rapidly around the world but that also delivers top entertainment value and enjoys a high level of fan involvement, to a series of partnerships, some of them longstanding, in the areas of sport, culture and lifestyle, DHL has stated in its official release.

The new collaboration enables DHL to become active in a business that appeals to the growing trend among younger generations. The major esports tournaments and their top players thrill hundreds of millions of fans around the world, more than 60 percent of whom are aged between 16 and 35.

Arjan Sissing, Head of Corporate Brand Marketing at Deutsche Post DHL Group, said, “In esports, we can reach this important target group with the DHL brand on an emotional level, and with content and formats that are tailored precisely to their interests and their media usage patterns.”

“We are delighted to have found a partner in ESL that is one of the leading players in the international eSport business. Through our partnership, we intend to create unique moments that bring people together.”

Ralf Reichert, CEO at ESL said, “In DHL we have found the perfect partner to provide the support we need for the complex logistics challenges entailed in our global tournaments. With DHL on our team, we are delighted to be able to create added value for both esports and the esports community all around the world, and to play our part in promoting the continued growth of the esports scene.”

Vincenzo Scrudato, Managing Director, DHL Trade Fairs & Events. “Every event, every freight shipment and every location has its own individual demands and requirements to which the respective logistics must be precisely tailored. All the logistics components need to fit right down to the last detail – from A for air freight to Z for zero defects.”

DHL announced its official partnership with the Formula 1 esports Series in March, making its debut into the promising esports sector. DHL banner advertising will also be visible in the soccer simulation video game FIFA 18 as part of its partnership with FC Bayern Munich.