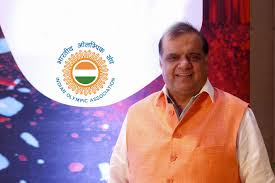 Indian Olympic Association (IOA) President Narinder Batra, of late, has come under the radar after vice-president Sudhanshu Mittal accused the former of “legal illiteracy”. The latest dispute within the IOA is because Batra appointed an assistant to the chair of the IOA’s Ethics Commission without the approval of secretary-general.

Mittal has launched a concerted campaign to have Batra removed from his roles as President of the IOA and the International Hockey Federation, after claiming his climb to the top job at the two different organisations was illegitimate.

However, in an unprecedented move, Batra has given the go-ahead to allow Committees appointed by him to start functioning. Batra’s decision has now come under the scrutiny since in a 2017 AGM meeting, a decision was taken where the President and secretary-general have to decide jointly in case of any new appointment.

Batra wrote to IOA Legal Committee chair R K Anand and also cited various minutes of the meeting to claim the regulations allow for him to make appointments, which would then be ratified by the IOA Executive Committee (EC).

“The President will retain the authority to form more Committees/Commissions based on requirements and can also add members which will be ratified by the EC,” Batra wrote.

“I have been in quarantine till 26 June 2020, and during this period I have read/seen quite of few statements by Mr. Sudhanshu Mittal, vice-president of IOA, that the President of IOA does not have the power/authority to appoint anyone in any Committee/Commission because of a decision that was taken at the 2017 AGM where the President and secretary general were to do it jointly.”

Mittal is continuing with his efforts despite the IOC Ethics Commission and the FIH Integrity Unit dismissing his allegations against Batra, who has denied any wrongdoing.