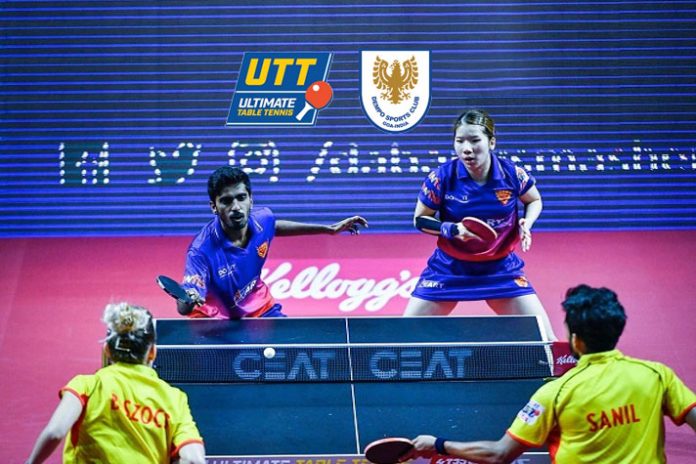 Renowned for their contribution to football, Dempo Sports Club from Goa is now poised for an entry into table tennis. The Dempo management has acquired 90% stake in the Ultimate Table Tennis (UTT) franchisee Empowerji Challengers.

The team following the change in the ownership structure shall be rechristened Goa Challengers.

Dempo Group is a renowned name in Indian football. The Dempo SC has been a part of the I-League, while the club management also co-ownes ISL team FC Goa.

Dempo group has contributed richly to Indian football. Dempo SC, formerly a part of the I-League, had won five titles while the company also co-owned ISL franchise FC Goa. They have decided to buy 90 per cent stake in Empowerji Challengers which will be rechristened Goa Challengers.

The third edition of the Ultimate Table Tennis (UTT), scheduled to start on July 25, will see four of the six teams getting new owners. The Kotak Group’s Insurekot Sports, which also runs Pro Kabaddi franchisee Puneri Paltan, will replace DHFL-owned Maharashtra United while Ronnie Screwvala’s USports will replace Warriors TTC. Chennai will get a new team — Chennai Lions as they replace Falcons TTC.

Dempo has ventured into the league that has seen a mass exodus from team owners. “It (TT) is a very popular sport in Goa. Being a family which has always supported sports, we thought we should go for it. It is not a very investment-intensive sport so it was not that big a risk as maybe running a football outfit. The payback period for table tennis is much shorter as the initial investment is less and if the league hits the right chords, sponsorship won’t be an issue. We are in for the long haul and three-five years is the going to be the break-even period,” Dempo chairman Shrinivas Dempo said.

The league which previously held in Mumbai and Chennai, this year will take place at a single venue in Delhi. In spite of earlier assoicates deserting the league, which is compelled to shrink from two to only one city, organisers remain upbeat.

“We still have two franchises reposing their faith in us, the RP-SG group with RP-SG Mavericks Kolkata and the DO IT Sports Management group with Dabang Delhi TTC. who are the reigning champions. New teams coming in despite other owners backing out only goes on to further strengthen our resolve,” said Hiren Mody, UTT vice-president.