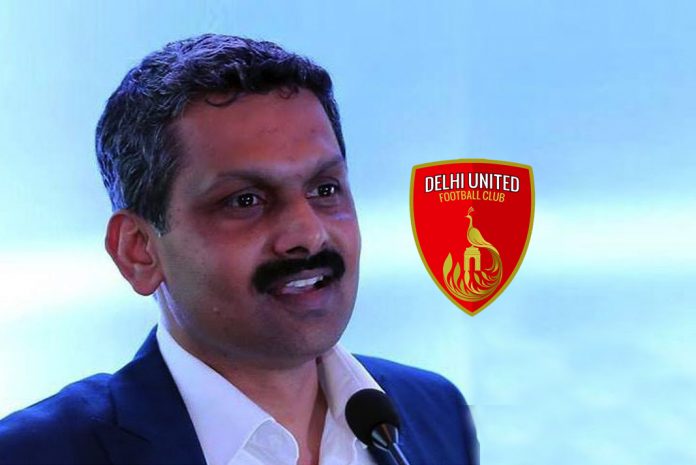 There was a club culture, there was competition, there was a strong fan base, too. Maybe not something enviable to Kolkata’s passion for football, but Delhi too has had its glorious past worth being proud to have best football action in India.

As sun started rising on India’s professional football horizon, Delhi clubs saw a decrement over the years. A lot of clubs have revitalized and a lot have shut down. The late 1950s, and all through the 60s and 70s, Delhi saw a golden period of football. The Ambedkar stadium would be packed by passionate fans even for the local league games. Now, that is somewhere in the past. Games today are limited to the players on the field, their teammates in the dugouts, some of the officials and just a few spectators in the stands.

Amidst all this, there is a rising hope. With a clear vision, commitment and a well charted out plan there are short-term and long-term goals. A model that is viable enough to reach the gestation line and grow commercially thereafter. The visionary is one of the best administrative, analytic and professional brains in the country – Shaji Prabhakaran, the FIFA regional development officer.

The man is passionately committed to his profile, even at an individual level. Growth of football is a mission and self-commitment for Shaji, who with his two associates has taken up the task to reinvent the glory of Delhi football and put it on the Asian football landscape. He took over the club administration of the Delhi United Football Club earlier this year along with Krishn Anand Tripathi, a real-estate businessman and now Chairman for the Delhi United FC and Dr. Sandeep Kumar, who is a sports medicine professional and has a long association with various national sports federations and teams. Dr. Kumar is currently associated with the Indian team gearing up for the FIFA Under-17 World Cup.

Three collectively are not just running the Delhi United FC professionally, but there is a commercial vision to make the Delhi football scenario competitive and to make each success count. “We want it to be a big market where being the market leader becomes valuable for you,” says Shaji during a candid talk with insidesport.co.

Acquisition of Delhi United FC is a stepping stone towards giving India “a top football club in Asia by 2030”. The vision is to change the football landscape in the city and eventually in the whole of Northern India. The sheer will to reach the top tire of Indian football has been a primary reason in the birth and the steady building process of Delhi United Football Club.

The club established in 1995 with the name of ‘Gorkha Heroes’ was taken over by the United Soccer Pvt. Ltd. in 2012 and renamed as Delhi United FC, and after a successful journey through 5 years the revamp and revival is again on the outlook. “The aim is to develop football among youths and to develop a much needed football culture in the city,” says Shaji.

To begin with, Shaji wants to setup a “world-class Residential Academy” and then engage with as much as 25 thousand kids by 2020. “We have adopted a village and are trying to work on grassroots level at multiple locations. We are exploring talent and will train the players to ensure they have the caliber to become the best player in India. And accordingly, we have planned to provide scholarships to deserving players in our Residential Academy (at Greater Noida),” he states.

All this social responsibility is backed by a full-proof commercial plan to ensure sustainability and “adding value to the whole ecosystem”.

“We currently have 30 senior players and they are being paid by us. We also ensure proper lodging for them. Their training is done by the former Indian footballer and coach Harjinder Singh,” Shaji continues. “All this is done through our laid out revenue model. Currently, we are only able to cover 10% of the cost. But that doesn’t deter us from achieving our goals. That’s on the lines charted out in our road map. We are looking for more partners and are willing to collaborate with potential contributors towards the success of the club. But, before that we are creating an entity that offers something viable for its investments.”

The club is out to change the culture, to challenge the system and to break away from conventions. This will also challenge the powers that be and also face strong opposition. “We are not opposing anyone. We have a certain skill set and we want to share that for everyone’s benefit. We are ready to support and assist all who are working for the sport. We are reaching out to them (football administrators in Delhi). We are no competition to them. Rather we will only help them out,” says Shaji.

Consultant, Mentor, Author–Football, Sports Management (Grassroots), Development, Project Strategy & Planning are the inherent skills on Shaji’s professional CV and the visionary is ready to put all this in implementation. Not just for the growth of his own club, but to create a strong culture where competition will drive the skill to greater success. The spark has been ignited and the wait is for everything to fall into the right place.