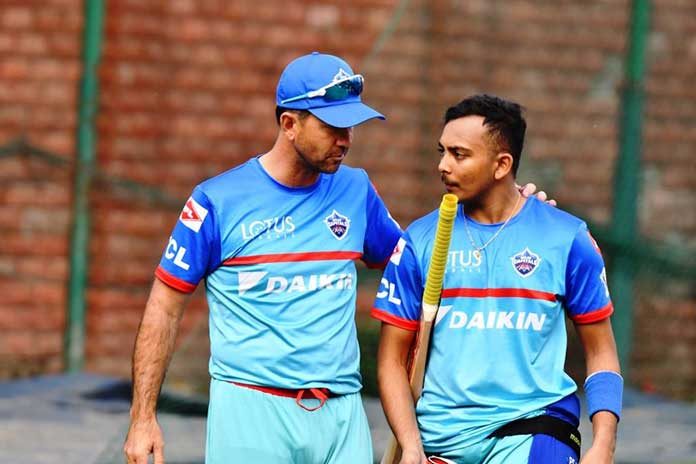 With his team placed comfortably at the second spot in the IPL 2019 points table after 11 matches, Delhi Capitals Head Coach Ricky Ponting believes that keeping the faith in his players has helped the team in finding the form at this crucial juncture of the competition.

The 44-year-old Australian legend said, “There have been questions asked about where we should have dropped certain players in some matches, but I believe that when you have talented players in your squad, you just keep backing them. You know that we have players who can turn it around quite quickly as it takes just one innings or match to get going in a tournament like this.

“In the first phase of the tournament, players like Rishabh might have had certain thoughts around his mind about the World Cup selection, but to be honest, that 78* in the first match against Mumbai was what got us the win. I’m glad he found the form again against RR, and what you want from players like him in such a tournament is that they win you three or four matches each throughout the season, and he has certainly won two games for us so far, and if he remains in form, he can get a couple of more wins.”

Ponting’s Delhi Capitals sit second on the points table with a tally of 14 points from their 11 matches, which include seven wins and four losses. But Ponting believes that his team is in good form and are peaking at the right time. He said, “We have won the last four out of our five matches, and with three more matches to go, I feel we are going in the right direction. I am happy that the team is peaking at the right time, with better communication amongst the group.”

Asked on which victory he has enjoyed the most, Ponting said that the away win against Hyderabad by 39 runs was the sweetest in terms of turning it around from a losing situation. He said, “I really liked the Hyderabad win because we didn’t do much right in that match but still found a way to win. It was more the way we fought back, probably after their batting power play, they batted second and they were 60-0, and the game was starting to slip away but there were some really good signs in that game from our side.”

“The moments when we have been under pressure the most, that is when we have started to fight, and fight under pressure, and one thing that I’ve tried to say to the boys is that we do not lose the match until the last ball is bowled. We saw that in our last match against Rajasthan as well. We fought our way back into the match and then registered the win. But out of the 7 matches that we have won, I think the Hyderabad win has been the most satisfying,” he added.

After the conclusion of a couple of days’ rest, the Delhi Capitals’ squad will re-group today (Friday) at the Feroz Shah Kotla Stadium to prepare for their upcoming match against the Royal Challengers Bangalore which takes place on Sunday, April 28 in New Delhi.