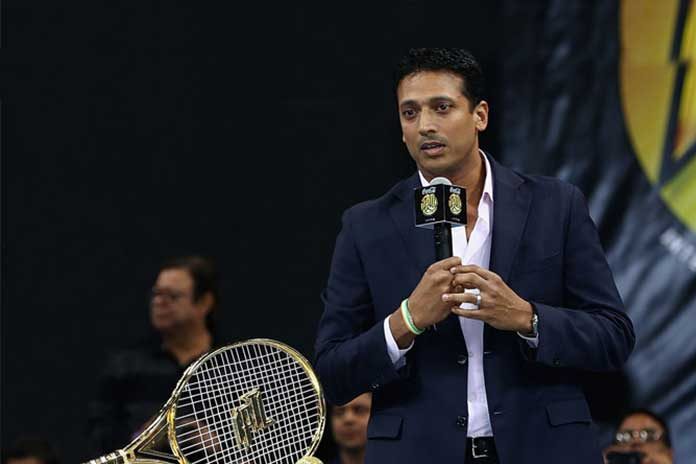 Deep financial crisis and default in payments have led to the closure of the International Premier Tennis League, which Indian tennis icon Mahesh Bhupathi had run with much fanfare between 2014 and 2016.

A number of stakeholders, including the broadcast producers, players and vendors, are yet to be paid.

TV Production company Broadcast Sports News in a Press release has accused Bhupahti for not paying the dues from the 2016 season. It has been 20 since the IPTL was last staged. The Press release shared on Twitter has slammed Bhupathi and IPTL for “breaking the business code”, calling following up for their payment a “comedy of broken promises and sliding payment deadlines”.

Croatian Marin Cilic today (Friday) has acknowledged that there were issues with regard to players’ payment during the International Premier Tennis League (IPTL), which shut down last year due to financial crunch, adds PTI.

Bhupathi had launched the League in 2014 on the lines of much successful Indian Premier League. It began with four teams with bases in India, Dubai, Singapore and Manila. Japan was added in the 2015 season but in 2016 again it was back to four teams with Manila backing out, reportedly because the League did not fulfil its financial obligations.

The League was not played in 2017 as Singapore Slammers complained of payment issues.

Cilic, who was part of the UAE Royals team in the 2015 edition, did not elaborate much but acknowledged that the money indeed was an issue.

“There were some issues, just bad thing that it happened like that for an event so successful. I think all things will clear up. Looking overall, it’s very very positive for Asian cities where there was not much tennis. Best players in the world came and played tennis. That was great to see and fan reaction was very nice,” Cilic said after he made it to the quarterfinals of the Tata Open Maharashtra.

Meanwhile, Bhupathi had admitted to the rediff.com that there has been a delay in making the payments. However, he had clarified further that the IPTL crashed not because of him but due to an alleged “fraud” committed by a business group, which owned one of the teams.

Bhupathi admitted that the IPTL owes the players and the vendors about US$ 5 million, but added that the business group is largely responsible for the mess.

“There have been pending dues to the tune of approx $5 million from the league to players majorly, most of them are my colleagues and vendors as well. It’s been extremely painful in general but we will get it done one way or another. It’s just this process of recovery needs time,” Bhupathi said.