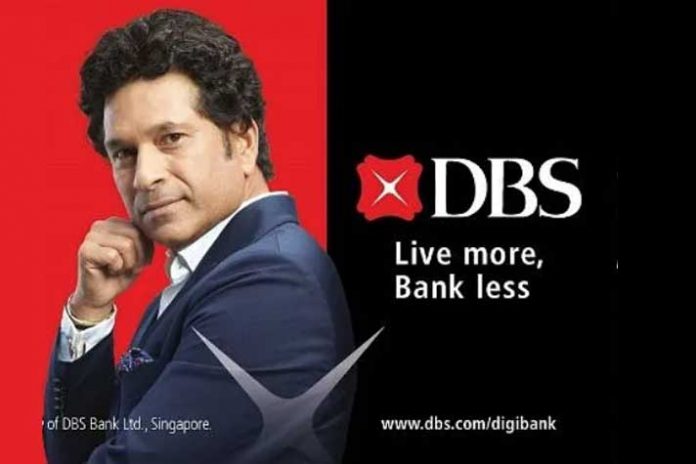 DBS Bank has unveiled a comprehensive 360-degree campaign in India.

Featuring Master Blaster Sachin Tendulkar, the campaign highlights DBS’ Singaporean heritage and commitment to India. The campaign is being promoted across platforms such as television, out of home, digital and social media. Conceptualized by Leo Burnett, the integrated campaign kicked off with the TVC featuring brand ambassador, Sachin Tendulkar.

The brand film showcases how the bank resonates with the attributes popularly associated with Singapore, promising trust, stability and efficiency. The ad film takes viewers through a fast-paced, virtual tour of Singapore, while highlighting the ease of banking with DBS.

DBS has been expanding its footprint in the country following the establishment of its local subsidiary last year. Commenting on the campaign, Shoma Narayanan, Executive Director – Group Strategic Marketing & Communications at DBS Bank India said, “The campaign underlines our ongoing commitment to India. It is the beginning of a story that we want to share – A story about the bank’s vision to be a partner in modern India’s growth story, while celebrating our rich Singaporean heritage.”

“At DBS, it has been our constant endeavour to harness technology to deliver a simple, safe and joyful banking experience. The narrative of our new brand film reaffirms DBS’ credentials as a world class bank, which seamlessly integrates banking into customers’ lives”, Shoma added.

Neel Roy Cruz, Executive Creative Director, Leo Burnett said, “DBS is the world’s best bank and we wanted to amplify these credentials in the saturated Indian market. The creative challenge was to place the spotlight on the bank’s rich Singaporean legacy and yet establish its strong affinity with customers in India.”

“Sachin is the brand ambassador of DBS and who better than him to be the face of the campaign. His endorsement of the brand makes the campaign relatable with billions across India”, he added.

Named Asia’s safest bank for 11 years in a row, DBS has been on an ongoing journey to shape the future of banking. DBS offers a compelling suite of services catering to the evolving banking needs of retail customers, small and medium businesses, as well as large corporates. In 2016, DBS launched India’s first fully digital bank, digibank by DBS, with the aim to deliver an entire bank in a smartphone app. Since its launch, digibank by DBS has acquired over 2.5 million customers.

Globally, DBS is the first bank to concurrently hold three global best bank awards. This was achieved after DBS was named “World’s Best Bank” by leading global financial publication Euromoney in its 2019 Awards for Excellence. It follows the bank’s wins of Global Finance’s “Best Bank in the World” in August 2018 and The Banker’s “Bank of the Year – Global” in November 2018.