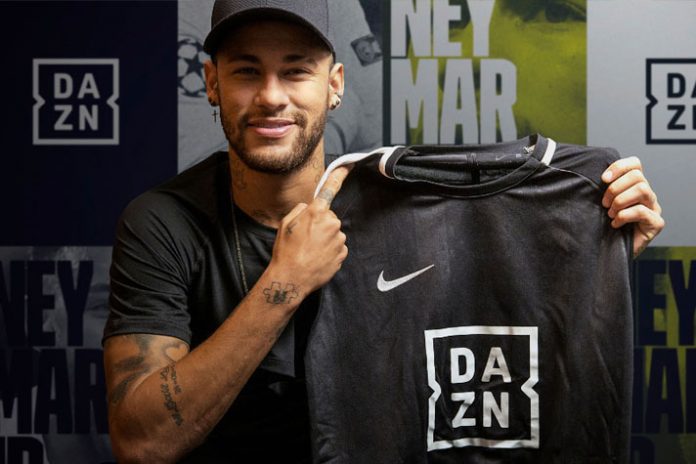 The PSG superstar and former Real Madrid coach will join Cristiano Ronaldo as the faces of the live sport streaming subscription service. The multi-year deal was announced at a Press conference  as DAZN is heading to expand with its launch in Spain.

Neymar’s endorsement of DAZN comes at a significant time for the platform as it prepares to launch in Brazil later this year.

“Growing up in Brazil instils a love of sports, especially football. Brazilians rally behind the teams and athletes they love,” said Neymar. “I think DAZN has the same type of passion towards sports and wanting to make it as easy and affordable as possible for people to enjoy. Sports should be available for everyone and I’m happy to join a brand that has this goal in their DNA.”

DAZN is already streaming sports live in Japan, Switzerland, Germany, Italy and the United States and some future territories.

Ronaldo was confirmed as DAZN’s first global ambassador in August 2018 following his €100 million (£88m/$117m) transfer from Real Madrid to Juventus earlier in the summer.

Neymar has now joined the global streaming service as a brand ambassador in a “multi-year agreement”, along with former Real Madrid manager Mourinho. 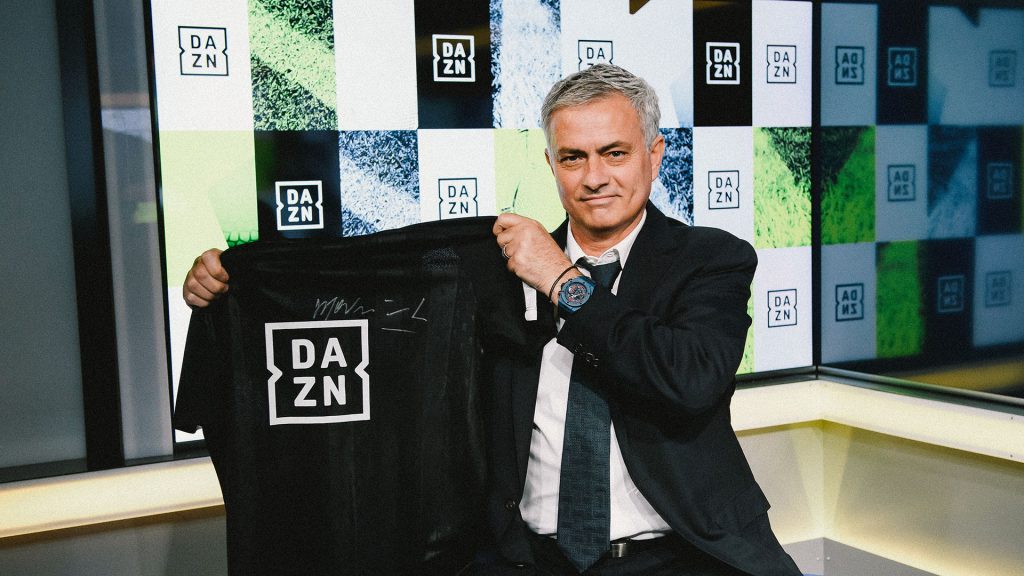 Through DAZN, sports fans are able to enjoy watching multiple live events at once on numerous devices including TVs, tablets, phones, PCs and gaming consoles. DAZN will be available in Spain for €4.99 a month, with users getting the first month free and never having to commit to a long-term contract.

Sports content available on-demand with DAZN in Spain will include the Premier League (from 2019-20), Carabao Cup, FA Cup, Coppa Italia and Supercoppa Italiana as well as MotoGP and UFC.

DAZN Group CEO Simon Denyer said: “This is the dawn of a new era for Spanish sport fans as they join the revolution of flexible, accessible and affordable sport that we are rolling out around the world.

“Spain is a nation of sport lovers and they are ready for change. They want a better way to watch and we are incredibly proud to be making that happen as we expand our rapidly growing international business.”

DAZN, which first announced in November that Spain would become its eighth market