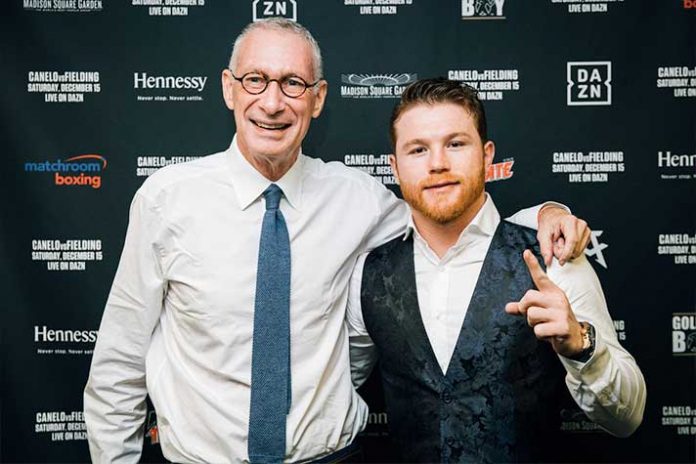 The deal has also come as a shot in the arm for the Oscar De La Hoya’s Golden Boy Promotions camp as their long-standing contract with HBO had come to an end following the US television networks decision to step out of sports broadcast.

The deal with come into effect with Alvarez’s December 15 super middleweight challenge to secondary world titlist Rocky Fielding at the Madison Square Garden in New York.

Alvarez is boxing’s biggest pay-per-view star of the post-Floyd Mayweather/Manny Pacquiao era, generating hundreds of millions of dollars for events on HBO PPV and, before that, Showtime PPV, states an ESPN report.

“It’s very important for me to give the fans the biggest fights and the most important fights, and I promise you I will always do that. The December fight with Fielding is a dangerous fight. I am moving up in weight, and I don’t know how my body will feel. But I always want to take on challenges, and I am very happy my fans will be able to see me fight for a small cost.”

Alvarez said he was not worried that he was moving to an unproven broadcast platform.

“Never. I was never worried because I’m very confident in myself,” he said. “I know how important I am to any platform I go to. I am very grateful to HBO and to Showtime for what they did for my career, but I am happy we’re moving forward and that I will be able to fight on a platform that is the future. I’ve always liked a challenge, and this is yet another challenger in my career.”

“Being part of this historic deal will require me to prepare myself even more and offer fans even better performances. At the same time, I am humbled to be selected to lead this new vision for the sport of boxing, which will without a doubt be for the benefit of the fans.”

With the Alvarez deal, the Perform Group video platform has become the home for boxing’s two most significant superstars as it also holds the US broadcast rights for unified heavyweight world titleholder and British fighter Anthony Joshua.

DAZN had inked a $1 billion deal with Joshua’s promoter Eddie Hearn of Matchroom Boxing in May to deliver 16 events annually in the USA, along with the 16 per year he already was putting on the United Kingdom.

The deal with Golden Boy also will give DAZN access to the roughly 7,000-hour library of Golden Boy’s fights, including from De La Hoya’s Hall of Fame career. Golden Boy Media and Entertainment also will produce various shoulder programs to complement the live events.