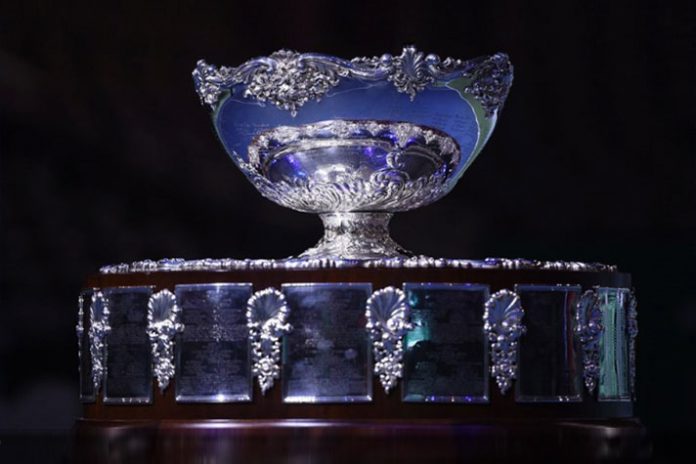 BNP Paribas and the ITF have announced the next phase of their long-standing association. This partnership, which began in 2001, has brought significant success to the development of the ITF Davis Cup, Fed Cup and Junior Davis and Fed Cup team competitions, in France and globally.

The ITF, as the global organisation responsible for the development of Juniors tennis and the custodians of the Fed Cup competition, welcomes the continuation of this partnership which sees BNP Paribas continue its commitment as title sponsor of the ‘Fed Cup by BNP Paribas’ – the world’s largest annual international team competition in women’s sport, launched in 1963 with 108 nations entered in 2019.

“We decided with the ITF to conclude the ‘Davis Cup by BNP Paribas’ partnership as the competition’s format evolves. During 17 years, we have been happy to be alongside fans, players and local audiences, all around the world, and to have fueled their passion during unforgettable matches.” Bertrand Cizeau, Head of Communications and Deputy Head of Company Engagement at BNP Paribas declared.

He added: “We wish the best for the next phase of this competition and are keen to continue to develop our action, together with the ITF, for women and junior tennis players. BNP Paribas’ engagement in tennis is a long-lasting story of more than 45 years, and we are fully committed to continue to support and leverage tennis in all its forms and around the world, with more than 1,000 tournaments – professional and amateur – 2,000 clubs and 20 international federations.”

David Haggerty, President of the International Tennis Federation, said: “BNP Paribas has made a vast contribution to the success of Davis Cup as title sponsor over the past 17 years. We are proud of the great work we have achieved together for Davis Cup, and we look forward to continuing our relationship across a number of properties from the grassroots to the top of the game.

“As for BNP Paribas, encouraging junior and female tennis are key in our mission to promote equal opportunities on and off the court – for instance with the Gender Equality Committee that we created in 2017.”

Through these programs, BNP Paribas will support no less than 50 young hopefuls in 2019 in order to help them reach the highest level of competition.