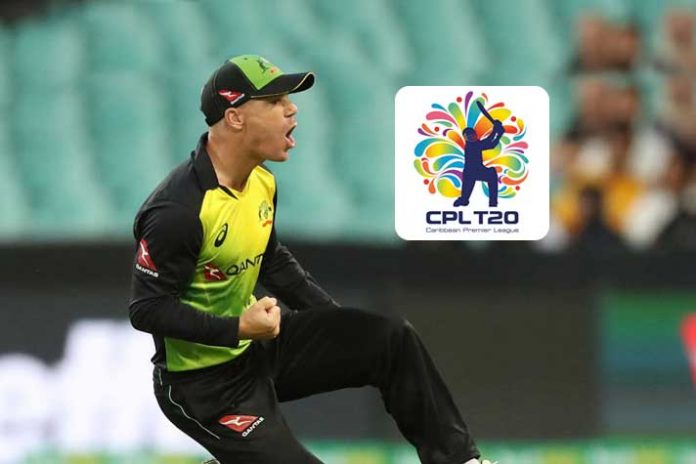 David Warner, serving a one-year suspension term for ball tampering, has got a deal from the Caribbean Premier League to keep himself occupied with sport and stay match fit.

The St Lucia Stars have announced that David Warner will join them for the 2018 Hero Caribbean Premier League (CPL). Warner will replace fellow Australian, D’Arcy Short, who is no longer available for the tournament due to being selected for Australia A’s tour of India which takes place in August and September.

Warner has played in T20 tournaments around the world, but this will be his first appearance in the Hero CPL.

The last innings Warner had in the Caribbean saw him score 109 in an ODI vs South Africa in 2016, but this will be his first visit to play T20 cricket in the region since he represented Australia against the Windies in March 2012.

A veteran of 243 T20 matches, 70 of which are internationals, Warner brings a huge amount of experience to the Stars squad. With 7,668 T20 runs and six T20 hundreds, fans of the Hero CPL can look forward to him adding to that tally when the Stars get their tournament underway on 8 August.

Speaking about the signing of Warner, Stars’ General Manager, Mohammad Khan said: “We are excited to bring David to the Saint Lucia Stars. David is arguably one of the greatest batsman of the modern era and a winning player. He is going to add a lot of value on the field and in the dressing room as we pursue our first Hero CPL Title.”

First started in 2013, the Hero Caribbean Premier League (CPL) is a franchise-based T20 format cricket tournament that combines two of the most compelling aspects of Caribbean life – dramatic cricket and a vibrant Carnival atmosphere. Combining broadcast and digital viewership over 197 million fans watched the 2017 season to make it one of the fastest growing leagues in world cricket. Trinbago Knight Riders are the current Hero CPL champions and the other competing teams are Barbados Tridents, Guyana Amazon Warriors, St. Kitts & Nevis Patriots, St. Lucia Stars and Jamaica Tallawahs.

Former Australian cricket team vice-captain Warner along with skipper Steve Smith was handed a one-year suspension from all cricket by Cricket Australia in May this year. The duo had accepted their role as Cameron Bancroft was caught on camera tampering the ball with a dust-ridden sticky tape during the Cape Town Test in South Africa.

T20 World Cup: It is a dream come true for hosts Oman but Can they make it count? Check Squad and Fixtures