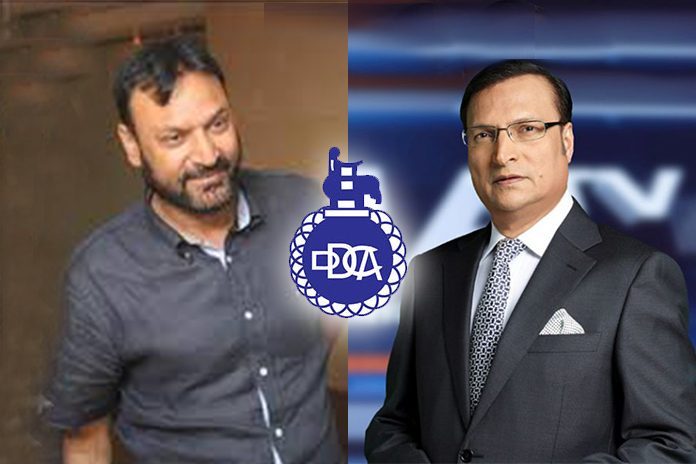 The Delhi and District Cricket Association has become the centre of intense legal battle ever since the power tussle and one-upmanship between president Rajat Sharma and secretary Vinod Tihara has led to the suspension of the latter.

While a Delhi court had stayed Tihara’s suspension by the DDCA Board of Directors, the situation in the administrative body for cricket in Delhi is far from normal to serve the interest of the game.

In the prevailing scenario, the President and his supporters as well as the Secretary are left with no option but to focus all their might and energies on the legal procedures. The secretary, after a relief from a Delhi court, will now have to answer a notice from the DDCA ombudsman. The President, leading DDCA defendant in the court, suffered a second set back on Friday when the Delhi court declined to entertain the application for changing its earlier order that had granted a stay on Tihara’s suspension.

The DDCA, represented by the former Additional Solicitor General and senior advocate Sandeep Sethi, had approached the court of the Additional District Judge at Tis Hazari to turn down its order of 28 August and vacate the stay on Tihara’s suspension by the DDCA Board of Directors for anti-company activities, indiscipline and misconduct. The DDCA in its defence also argued that the plaintiff, Tihara, did not inform it before moving the court even though he was served with a caveat.

The DDCA pleaded that the suspension was within in the powers of the Board of Directors under Article 62 of the DDCA Articles of Association; that the President was empowered by the board to form committees and sub-committees and take other decisions; that Tihara instead of approaching the ombudsman had circulated “whimsical and arbitrary direction”; and that the present case does not come under the jurisdiction of the court and it should have been referred to the Company Law Board as the DDCA is registered as a Company.

Advocate Gautam Dutta, appearing for Tihara, had argued that the suspension was a conspiracy by the Board of Directors as they did not want Tihara to act in accordance with the Supreme Court order and the DDCA Articles of Association and that Tihara only wanted to ensure transparency in the DDCA administration.

The court, while dismissing the application, stated there was no reason to change its earlier order to put a stay on Tihara’s suspension.

Dismissing the DDCA arguments in favour of the suspension and demerit of the stay, the court observed that the suspension order did not mention that how Tihara had indulged in anti-DDCA activities; that Tihara was appointed (the DDCA secretary) by 4,300 members and the Board of Directors was not empowered to suspend him; that the Article 62 of the DDCA Articles of Association pertains to the powers and functions of the ombudsman and it was misapplied by the Board of Directors; that the Companies Act of 2013 does not apply to the present case as Tihara had approached the court to enforce his civil rights; and that the service of the caveat remains unsubstantiated as no proof of service of caveat has been furnished to the court. The photocopy of the postal receipt regarding sending the caveat by post to Tihara is lacking in particulars of the address of the plaintiff.

The court on Friday further observed that the suspension order dated 14 August was very brief and did not specify how the Board of Directors were satisfied that Tihara had indulged in anti-company (anti-DDCA) activities and committed “grave act of indiscipline and gross misconduct”. The order, according to the court, also did not reflect that the DDCA secretary was granted an opportunity to explain his directives, which was the basis of the indiscipline and misconduct charges leading to the suspension.

The court while “finding no reason to change the order” to put a stay on the suspension order further stated that the plaintiff has a prima facie case against the DDCA, which “seems to have acted in violation of its Article of Association.

The ombudsman has given Tihara two weeks’ time to respond to the complaint.

Meanwhile, in this tussle between two strongmen the cricket seems to be the biggest victim when new season is about to start.