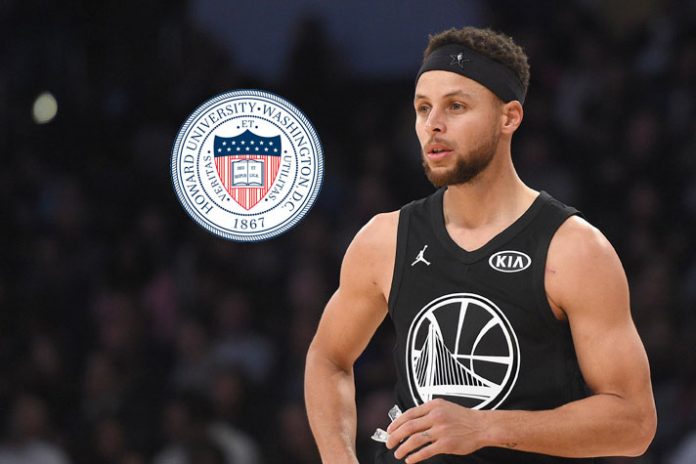 NBA superstar Stephen Curry will support men’s and women’s golf teams at Howard University for the next six years.

The Golden State Warriors guard and an avid golfer, Curry has committed a seven-figure (in dollars) donation to the collage to launch men’s and women’s golf team for the first time ever in  Division I level. His agents though did not reveal the exact deal.

Curry has never been directly associated with what the reports describe as an all-black college.

“No matter where you come from or what socioeconomic background you had, we all were that kid once upon a time that was just excited about finding out who they were as a person through athletics,” Washington Post has confirmed Curry as saying.

Curry has also launched his own line of Under Armour golf apparel earlier this year. He is also a regular on the Web.com Tour and PGA Tour events for the past few seasons. He talks about golf in media and has launched a TV show on ABC about miniature golf.

Howard University has also announced the association with Curry on its official twitter handle @HowardU. “@StephenCurry30 is here and we are ready for the #HowardUGolf festivities.  With his support, today we kick off the first-ever NCAA Division 1 Men’s and Women’s Golf Program at a Howard University. @HowardAD_KD @HUPrez17,” read the caption.

.@StephenCurry30 is here and we are ready for the #HowardUGolf festivities.
With his support, today we kick off the first-ever NCAA Division 1 Men’s and Women’s Golf Program at a Howard University. @HowardAD_KD @HUPrez17 pic.twitter.com/2FN8ZLZ7cQ

“Golf is a sport that has changed my life in ways that are less tangible, but just as impactful,” Curry said in a release. “It’s a discipline that challenges your mental wherewithal from patience to focus, and is impossible to truly master, so when you hear about these passionate student athletes who have the talent but don’t have a fair shot at the game, it’s tough. I feel really honored to play a small role in the rich history of Howard University.”

The school, which previously had a Division II golf program that shut down decades ago, plans to have the teams in place for the 2020-2021 academic year.