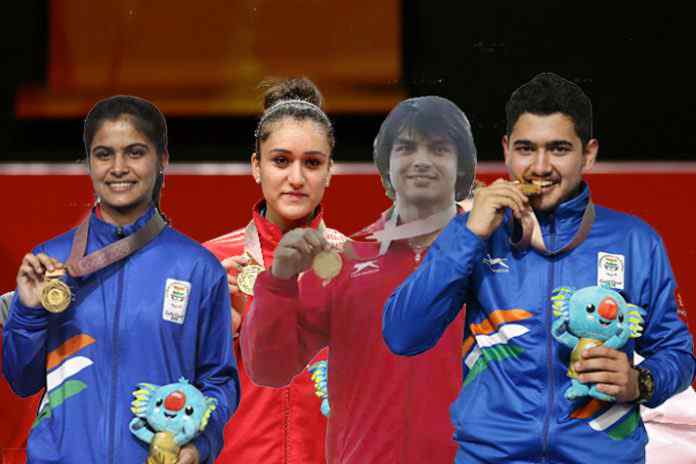 India returns a satisfied lot from the Gold Coast Commonwealth Games. With 66 podium finishes and 26 shots on the title. The emergence of the champions like Manika Batra, teen shooting sensations Anish Banwala and Manu Bhaker have projected India as a sportingly developing nation.

The Gold Coast CWG results, third best for India ever in the colonial games, also reflect a strong cultural and regional divide for various sporting disciplines on the country. The traditionally strong States in a sporting discipline have emerged strong in that particular sports. However, the emergence of sporting heroes from new territories will in real term spell sports deep-rooted growth.

Haryana athletes’ rich medal haul in Gold Coast is a big positive. The cultural growth of wrestling and boxing in the State has harvested the richest medal haul for India in the Commonwealth Games 2018. Shooting is another sport spreading its wings fast in Haryana. The 15-year-old pistol sensation Anish Banwala and teenaged prodigy Manu Bhaker have returned not just with the precious gold medals, but also a big promise for future.

In terms of the number of CWG medallists in Gold Coast, Tamil Nadu with 11 is the next best Indian State in podium finishes. However, insidesport.co in its State-wise listing has placed Maharashtra (eight medals) in the second position on the strength of its five gold medals, against four to Tamil Nadu.

Telangana and Andhra Pradesh have shared 13 medals, including eight gold, among themselves. There lies another example of a particular sporting discipline – read badminton – deep roots in the State. The badminton team titles, backed by individual brilliance of Saina Nehwal, PV Sindhu and Kidami Srikanth are the major contributors to Telangana’s seven and Andhra Pradesh’s six medals.

Elsewhere, there are exceptions rather than rules – like a flash of brilliance in the pan. If Haryana is for men’s boxing and physical sports, Manipur has registered a sustainable growth in women’s power sports live boxing and weightlifting, yet another cultural shift in sports.

Then there are worrying indications for Northern hill States of Jammu & Kashmir, Himachal Pradesh and Uttrakhand, which have drawn a blank.

Young guns were at the blazing best as 16-year old Manu Bhaker opened the account for Indian shooters’ Gold haul winning the women’s 10m Air Pistol event. But the highlight among shooting contingent was Anish Bhanwala who bagged the Gold in men’s 25m rapid fire pistol. At just 15 years, he became the country’s youngest ever Commonwealth Games Gold medalist.

The Indian table tennis contingent wasn’t too far behind in springing a surprise for one and all. With a dominating display, the paddlers accumulated a total of eight medals, the highest by Indian table tennis contingent across all Commonwealth Games till now. Manika became the most successful athlete at the Games bagging a total of four medals, two Gold medals and a Silver and Bronze each.

The Indian shuttlers combined for a total of six medals at Gold Coast, surpassing the previous best of four from Delhi 2010.

Indian Olympic Association president Dr Narinder Dhruv Batra is optimistic that the athletes with continue to flourish in their run-up to the forthcoming Asian Games and 2020 Olympics.

“I wish all the athletes the very best in this Olympic cycle and hope they continue to improve upon their performance in the lead up to 2018 Asian Games and the 2020 Olympic Games,” said the IOA President. “I can proudly say that we as a nation are on the right path to becoming a sporting powerhouse. This edition of the CWG has indeed been special for India with some of our youngest athletes doing us immensely proud with their outstanding performances and I would also like to make a special mention about our women athletes as they have set a huge benchmark, most of them breaking the stereotype. They are undoubtedly a major inspiration for several young women in the country.