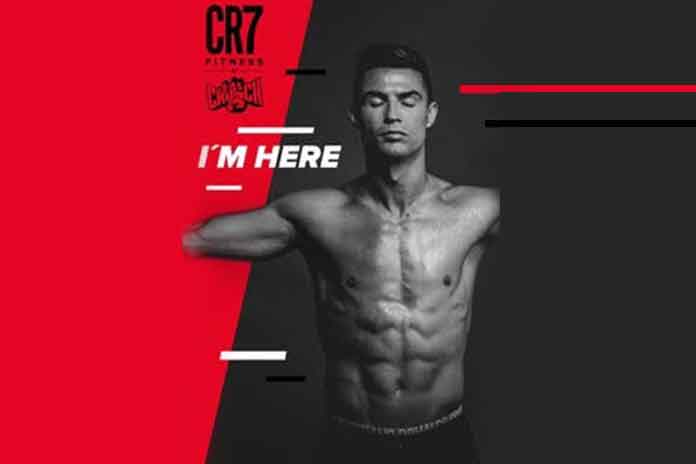 Juventus star Cristiano Ronaldo has teamed up with US-based gym company Crunch to help fans stay in shape amid the coronavirus lockdown.

The Portugal legend has joined forces with American fitness franchise Crunch, to guide fans through virtual workouts during lockdown.

Ronaldo has kickstarted the project by taking his followers through seven workouts on Instagram, including squats and press ups, to help them stay in shape while being cooped up in doors. An official website has also been created, as well as an Instagram page called ‘cr7fitnessbycrunch’ for fans to keep up to date with the latest fitness challenge.

Ronaldo had initially collaborated with Crunch in 2017 to open a new gym in the Cuidad Lineal district of Madrid, and had been in attendance to share the secret behind his ripped physique.

The 35-year-old revealed he usually trained ‘four or five times a week with 200 or 300 sit-ups’, and has once again joined forces with Crunch to keep his followers active despite the lack of football.

An official website has been created for the partnership, with more details expected to follow after Ronaldo’s first update on Saturday.

Ronaldo recently urged people to keep busy as he invited fans to take part in a core strength challenge.

The Portugal ace arrived back in Turin last Monday and has to spend 14 days in quarantine before he can return to training with his Juventus teammates. Having returned from two months locked down in Madeira, the Portugal superstar is itching for a return to full practice outside as Serie A edges just weeks away from a probable restart.