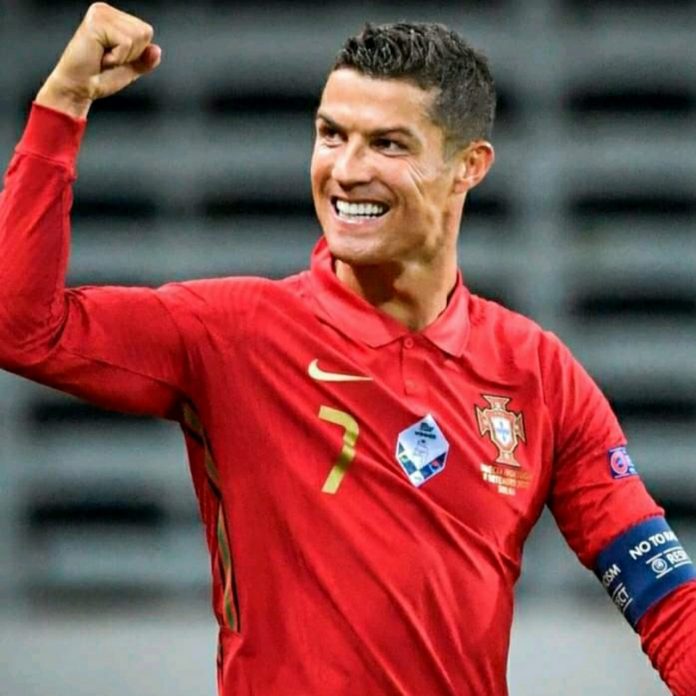 Ronaldo reached the milestone just before half-time of Tuesday’s Nations League match against Sweden, slamming home a free-kick from outside the box to score the game’s first goal.

It wouldn’t take long for Ronaldo to reach his 101st goal as the forward netted a fine strike from outside the box in the 72nd minute, giving Portugal all they would need in a 2-0 win.

The 35-year-old is only the second men’s player to reach 100 goals for his country after Ali Daei, who scored 109 times for Iran.

Ronaldo was a constant threat to Sweden’s back line in the early exchanges, hanging on the shoulder of the last defender before bursting forward to beat the offside trap, but Sweden goalkeeper Robin Olsen was equal to the task.

That all changed when Gustav Svensson received his second yellow card and was sent packing after a reckless challenge on Joao Moutinho on the edge of his own box just before halftime.

Ronaldo stepped up and smashed a dipping effort beyond the despairing dive of Olsen and just under the crossbar before breaking into a wide smile as he celebrated with his team mates.

Sweden were struggling to contain the visitors and Ronaldo struck again in the 73rd minute with another curling, dipping effort, this time from open play, to leave himself just eight goals short of Daei’s international scoring record.