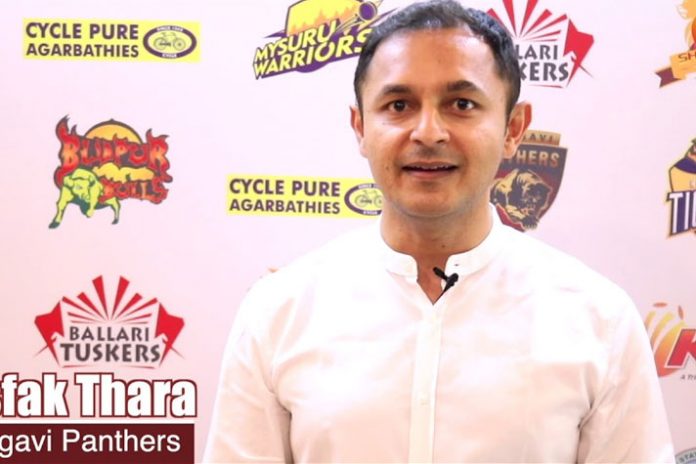 Bengaluru City Police has launched an investigation into the alleged match fixing in the Karnataka Premier League. The bad news for cricket and cricket lovers come close on the match-fixing suspicion and subsequent action in the Tamil Nadu Premier League.

The Central Crime Branch officials in Bengaluru have reportedly questioned a franchisee owner in the Karnataka State Cricket Association-owned league. The police has reportedly probed Belagavi Panthers owner Ali Asfak Thara yesterday. “We have taken up an investigation based on a tip-off that Mr. Thara was actively involved in betting on KPL matches,” reports The Hindu, quoting a senior police office.

“We have evidence to show that Mr. Thara, being the owner of a KPL team, was in constant touch with players from other teams even during matches that his team was playing, which is a clear breach of guidelines,” the daily has reported sources as saying.

“A detailed investigation needs to be done in the matter, and we will seek the assistance of the KSCA and the anti-corruption unit of the BCCI also,” said another police officer, adding added that the players who were in touch with Thara would also be summoned for questioning in the case.

“The KSCA will assist the police and cooperate with them on this matter,” said a KSCA official.

Joint Commissioner of Police, Crime, Sandeep Patil said that on information that there was betting in KPL by one team owner, the CCB on Friday questioned Ali. He was reportedly in touch with players of other teams and is alleged to have been involved in betting, states a report by the Bengaluru-based daily Deccan Herald.

“The inquiry is still in the initial stages and a detailed investigation needs to be done. We will seek assistance of the KSCA as well as the Anti-Corruption Unit of the Board of Control for Cricket in India.”

India international Manish Pandey has led Belagavi Panthers this year. They finished at second place in the league stage but lost both their play-off matches — against Bellary Tuskers in Qualifier 1 and against eventual champions Hubli Tigers in Qualifier 2 — to crash out of the tournament.

A senior police officer said they suspected Ali had a good relationship with players in other teams and also has connections with bookies in Mumbai.

“We were monitoring one of the bookies and based on that we collected information about Ali and are investigating his connection with the bookie,” said the officer.

KSCA, meanwhile, said they had no information regarding the questioning of one of the KPL team owners. “We’ve heard what you have heard. Unless the police tell us, we wouldn’t know anything,” said KSCA assistant secretary Santosh Menon who said there are no rumours about malpractices in the KPL.

“We are very clear, we had a fantastic education programme (regarding match-fixing). We have done the anti-corruption programme and have educated all the team owners and the players.

KSCA will never compromise on that. We have had anti-corruption officers as usual. We are pretty sure nothing has happened, unless of course the investigation (reveals something). The police have to investigate. There has been no communication from Board of Control for Cricket in India on this to us either,” he remarked.