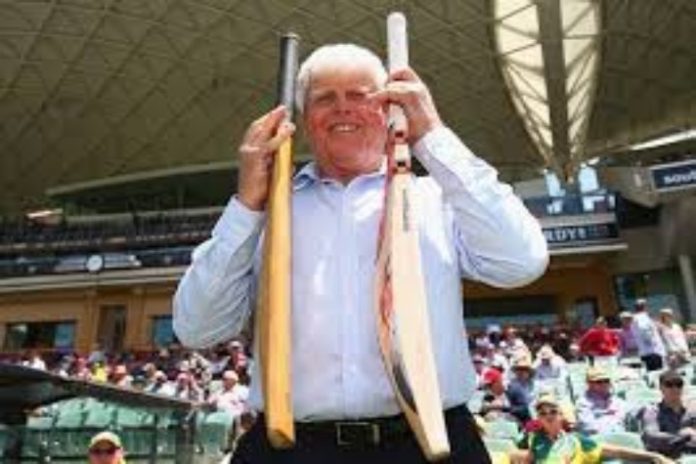 South African batting great Barry Richards feels it will be tough for the cricketers to motivate themselves when they return after the coronavirus-forced break but also warned them against “stepping too fast” to compensate for the lost time.

The 74-year-old Richards said the players may get too excited to start afresh after a long lay-off due to COVID-19 pandemic.

“It will be tough for them to motivate themselves. Sometimes it will work in reverse. If you haven’t played something for a long time, you miss it and you become very keen. So, when they get on to the park, I think sometimes you can get ahead of yourself,” Richards said.

“You are so keen to do well that you lose your focus on what has worked for you. You are stepping too fast. They might have to take a breath and say what was working for me before lockdown and what will work for me now,” he said on the show ‘Inside Out With Baggs’ on Sports Ruler YouTube channel.

On the recent talks about whether artificial substance could be allowed to shine the ball, Richards gave a vague reply, saying the ball cannot be sanitised all the time.”

“If you are trying to sanitise every germ out in this world, you are never going to do it. You can sanitise the ball but then it goes into the crowd and there’s somebody there who hasn’t washed his hands…it’s ridiculous.

“Just shine the ball and get on with it. The way that they are going now…what are they going to say then…you gotta to sanitise your pads because there might be something on the pads..if it hits the ground, the helmet… We have been with germs forever. If you try to sanitise the whole world, it’s a waste of time,” he added.

Richards, considered to be one of the greatest batsmen from South Africa, said former English skipper Mike Brearley was the best captain of his era.

Asked which captain of his era came to mind when he saw India’s World Cup-winning skipper Mahendra Singh Dhoni, he said, “Captains of my era are a little bit different. They had less pressure from the media than they do today.

Richards joked he would ask Dhoni whether he can have a ride on his Harley Davidson motorcycle.

“Serious question to ask MS Dhoni…he has got a lovely attitude to cricket. So probably, I would ask him what his interests are outside of cricket, I would really like to know that.”

Richards said he would pick current India captain Virat Kohli and South African A B de Villiers if given an option of choosing two best modern batsmen. The other two options were Rohit Sharma and David Warner.

On five bowlers of the current generation who would have troubled top batsmen of his era, he said, “Obviously Mitchell Starc would. If you play in India, then R Ashwin would obviously be very challenging.

“Jimmy Anderson, swing bowler…Trent Boult, he is a pretty handy bowler…if you are playing in Cape Town, I think Vernon Philander would definitely be in the mix.”