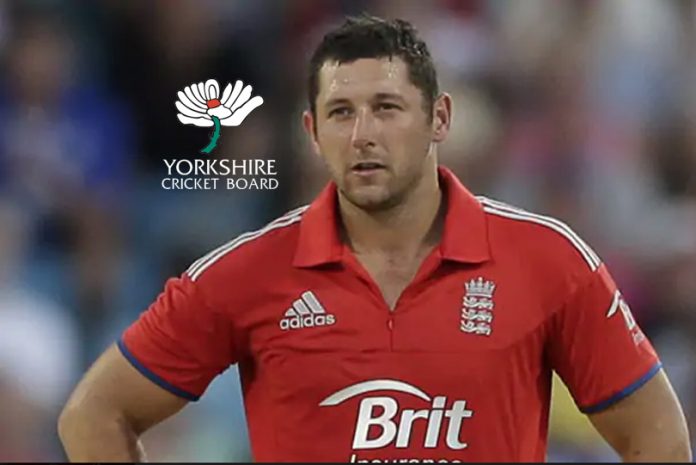 The 35-year-old, who had made his first class debut for Yorkshire against Northamptonshire in 2003, left the club on Wednesday to pursue playing opportunities elsewhere.

“I would like to thank Yorkshire for giving me 19 fantastic years and the opportunity when I was younger to kick-start my career,” said Bresnan, who was an integral part of England’s two Ashes Series wins.

“Hopefully with me moving aside, the younger players will get their opportunity to kick-start their careers as well.

“It has given me immense pride to represent the county for the best part of two decades. My Yorkshire cap is one of my proudest possessions,” added Bresnan, who also played a role in England’s T20 World Cup victory in 2010.

Bresnan has enjoyed an illustrious career with the White Rose, being an integral part of the back-to-back County Championship winning sides of 2014 and 2015.

Bresnan arguably had his finest season in 2016, scooping the Club’s Player of the Year Award after some fine performances with bat and ball.

Although in vain, Bresnan’s memorable 142 not out against Middlesex during the final game of that season summed up the importance of all-rounder’s contributions.

“I didn’t take this decision lightly but now is the best time to move on. There is still plenty of fire in my belly and I look forward to what the future brings,” said Bresnan, who has played 199 first class matches, taking 557 wickets and scoring 6714 runs.

Bresnan’s List A statistics are equally as impressive, taking 315 wickets and scoring 3221 runs from 173 games.

In 173 T20 matches, Bresnan has taken 168 wickets and scored 1533 runs. Further T20 achievements include victory in the Big Bash with the Perth Scorchers in 2017 and that famous 6-19 in the Roses match at Emerald Headingley, the best T20 bowling figures recorded in the county’s history.

Martyn Moxon, The Yorkshire County Cricket Club’s Director of Cricket said: “Everyone at the Club has huge respect for Tim for what he has achieved in his career for Yorkshire and England. He has represented the Club with huge pride and distinction for 19 years.

“His contribution both on and off the field has been immense and we wish him every success for the future.”