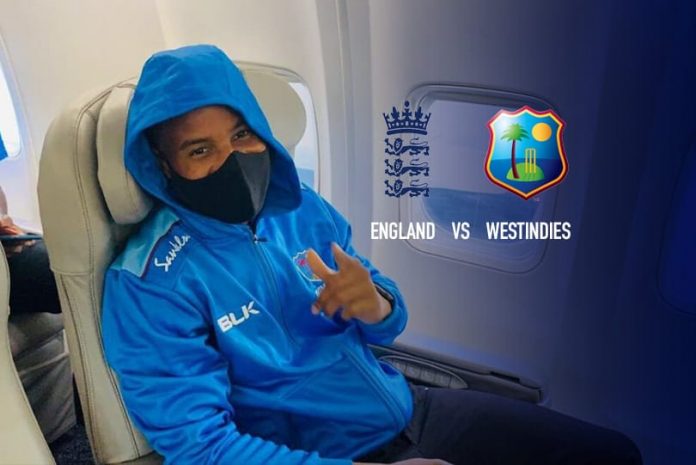 The West Indies cricket team has reached UK on Tuesday morning via chartered flight from Antigua. Before boarding the flights each and every member of the touring party underwent Covid19 tests and tested negative.

The team led by Jason Holder has reached England on a chartered flight funded by the England & Wales Cricket Board (ECB).

West Indies team will now stay in Quarantine for 3 weeks

On arrival in the UK, now they will quarantine for three weeks at Lancashire’s Emirates Old Trafford cricket ground and will simultaneously  prepare for a three-test series against England. The Test squad will spend three weeks at the Hilton Garden Inn at Lancashire’s Emirates Old Trafford, which they will use as their quarantine base and to train ahead of their three-match series against England. 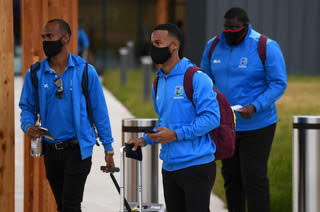 They will then travel to Hampshire’s Ageas Bowl for the first Test starting on July 8, before returning to Manchester to play the second and third matches in the series both at Emirates Old Trafford, starting on July 16 and July 24. All games will be behind closed doors.

The series will be played behind closed doors at ‘bio-secure grounds’. ECB is implementing number of measures to keep the number of people at the venue to a minimum.

Staff will have their temperatures taken on arrival, and those who come in direct contact with the players and officials will have to stay on site to create a virus-free ‘bubble’. 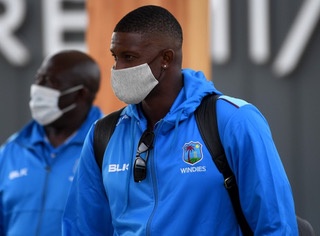 The tour had been awaiting final approval from the UK government, as well as the national governments in the Caribbean, all of which was granted over the weekend.

The 25 players are accompanied by an 11-strong contingent of support staff. According to tour release by the Cricket West Indies, Phil Simmons, the head coach who is based in London, will join the squad in Manchester on Tuesday. The West Indies team will start training from Wednesday and will play one three-day and one four-day matches, each of which will be an intra-squad event.

The West Indies cricket squad has now become the first international sports team to arrive in the UK since the coronavirus lockdown.

Also Read:  England vs West Indies: Windies will miss Bravo, Hetmyer but their decision to not…