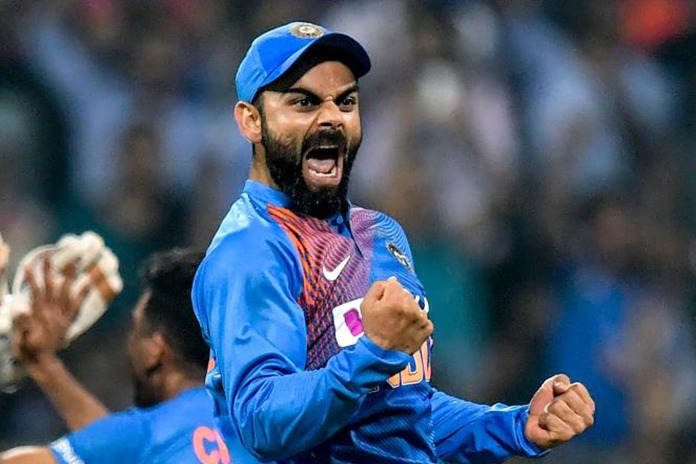 Indian cricket team captain Virat Kohli is the only cricketer to feature in the Top 100 list of richest sports stars, according to the Forbes 2020 highest earning athletes list.

VIRAT KOHLI @ NO. 66 position in the FORBES 100 highest-paid athletes LIST

Virat Kohli’s total earnings have been reported at $26 Million, with $24 Million coming from his long list of endorsements and $2 Mn from salaries. It is worth noting that the Indian captain was at 100th number in the last released rankings of Forbes in 2019. In 2018, Kohli finished at 83rd position. As Forbes released the highest earning athletes list for 2020, Kohli has improved his position to number 66th in the list headed by Roger Federer who earned $106 Mn last year.

Roger Federer tops Forbes’ annual ranking of the World’s 100 Highest Paid Athletes, as Naomi Osaka becomes the highest-paid female athlete ever. Federer’s ranking as No. 1 marks the first time that a tennis player has held the top spot since the list’s inception in 1990. Federer, who was ranked No. 5 on last year’s list, moved up in the ranks with $106.3 million in total earnings over the past 12 months.

As previously reported, Naomi Osaka’s record-breaking $37.4 million in earnings, makes her the highest-paid female athlete ever. Osaka surpasses Serena Williams, who previously held the title as the world’s highest-earning female athlete. Osaka’s lucrative deal with Nike, which paid her more than $10 million last year, is only one of the many deals she’s signed. The tennis player made the decision to represent Japan in the 2020 Summer Olympics, which has now been postponed until next year. Olympic sponsors like Procter & Gamble, All Nippon Airways and Nissin, have all penned deals with the rising star.

Basketball landed the most spots among the 100 highest-paid athletes with 35 players (the same as 2019), while football had 31, up from 19 last year. Global soccer had 14 athletes, followed by tennis with six, boxing and golf four each and racing three. Virat Kohli ($26 million) and Conor McGregor ($48 million) were the lone representatives from cricket and mixed martial arts for the fifth straight year. No NHL player or Nascar driver earned the $21.9 million it took to make the list.