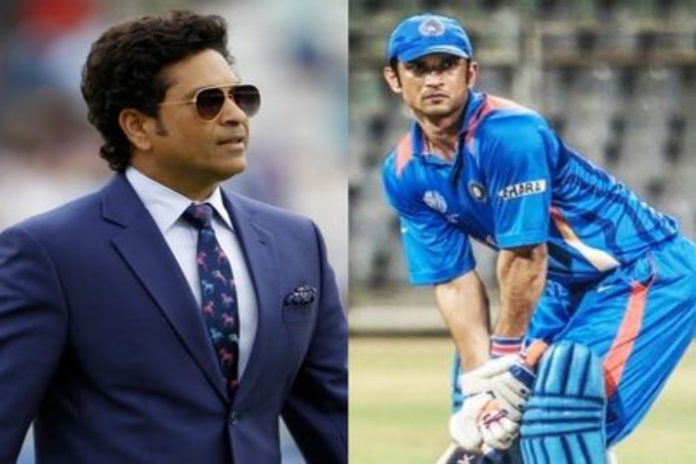 From the helicopter shot, to the push to cover and his glovework, More spent many months explaining the movie’s lead character the nuances of Dhoni’s batting. On the day Rajput was found dead at his Mumbai home, More spoke to Devendra Pandey, reliving the days with the departed who was so successful in bringing the real Dhoni to the reel world.

I remember the moment when Sachin Tendulkar was left stunned when he saw Sushant Singh batting. Sushant was working on a biopic of MS Dhoni and I was asked by the director Neeraj Pandey and the producer Arun Pandey to coach him on wicketkeeping and batting. A few weeks into the training, I remember Sushant practising the famous Helicopter shot of Dhoni. That’s when Tendulkar came to the training ground at BKC Bandra, a Mumbai suburb.

Tendulkar was watching from the gallery and when I met him later, after practice, he asked me, “who is this boy? He is batting so well. Itni achi batting kar rah hai!” I told him that it’s the actor Sushant, who is preparing for a biopic on Dhoni. Tendulkar was so shocked and said, “he can play proper professional cricket if he wants to. He seems that good”.

I had first met Sushant at the Taj Hotel Bandra and since I was a wicketkeeper for India, the director and producer had wanted me to coach him. Everything was fixed and we discussed how we will go about it.

It was a challenge for me to make an actor play like a cricketer and that too someone unorthodox like MS Dhoni. Sushant came with his spotboy, security guard, and a helper for the first session and I took him aside to tell him that from next day, he should come on his own, pick the kit bag, and enter the ground. I remember telling him, if you want to be a cricketer, you have to behave like one.