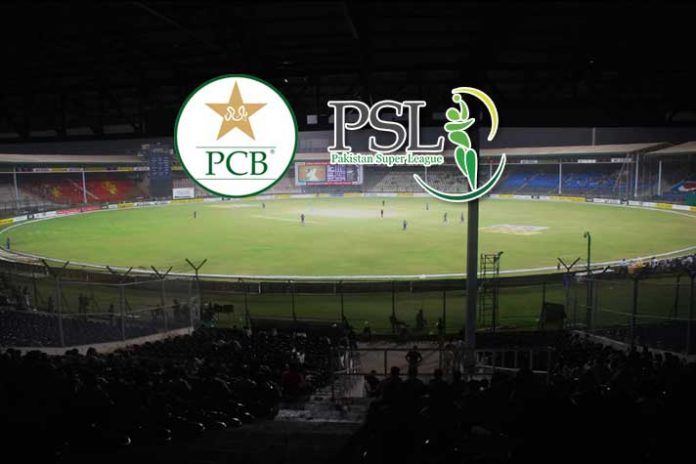 Pakistan Cricket Board and the franchisees reiterated their most preferred option remained the staging of the remaining four matches of the HBL Pakistan Super League 2020 in November. Pakistan Super League Governing Council met via teleconference, on Thursday and it was deliberated between the stakeholders to conduct the games in the month of November.

PCB Chairman Ehsan Mani said “Once again, it was an engaging and interesting Governing Council meeting with common interest being the well-being and future of the HBL Pakistan Super League. Of course, the future of the HBL PSL is critical to the PCB and the franchisees and, as such, there was a continued commitment to make it a bigger, better and stronger brand. Remaining games of PSL 2019 can now take place in November”

Having expressed that optimism, PCB Chairman and others acknowledged there were a number of moving pieces due to the COVID-19 pandemic and agreed to continue to review and monitor the situation internally before making recommendations to the Governing Council.

Recently former Pakistan pacer Shoaib Akhtar had questioned the financial viability and feasibility of PSL for the franchises. Akhtar had declared that he is privy to the fact that most of the PSL teams are looking to sell their teams and exit from the league. PSL has also been in news recently of growing differences between the PCB and PSL franchises. To address this PCB had recently set up an independent Pakistan Super League department, which will be headed by PSL Project Executive Shoaib Naveed. The Franchises and PCB agreed to a framework of regular contact between the teams and the PSL Department, aiming to increase consultative dialogue on various operational and strategic matters relating to the league.

Based on an ongoing review of the league, the six franchises and PCB agreed a framework for greater collaboration to ensure the long-term growth of the PSL and to create financial sustainability.

“The PCB and the franchisees expressed determination that they will continue to work together to resolve all pending matters and ensure all parties continue to flourish and benefit from what is now one of biggest and most followed cricket leagues in the world.”

Islamabad United’s owner Ali Naqvi said “The formation of a separate PSL Department is a much needed step. HBL PSL is Pakistan’s biggest brand and a dedicated team working on it year round will improve workings for all stakeholders involved in the league.

We all saw what HBL PSL means to Pakistani fans this year with the entire season taking place here. There is immense potential for us to grow collectively and we are keen to work with PCB to ensure this growth.”

Lahore Qalandars’ COO Sameen Rana said “A key aspect of our long-standing partnership with the PCB is regular consultations at the PSL Governing Council level. We engaged in very fruitful discussions today and we are aligned with the PCB in terms of tackling challenges together, and further elevating and promoting HBL PSL.”