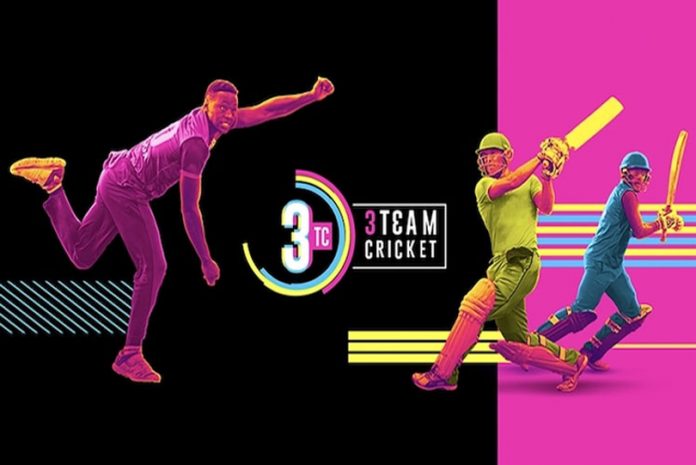 Cricket South Africa (CSA) has announced that media, other than those involved in TV production, will not be permitted to attend the 3TeamCricket (3TC) Solidarity Cup match presented by RAIN, in partnership with CSA on 18 July 2020. CSA has taken the step due to ongoing Covid19 crisis.
“CSA places great value in the presence of the media for its live events as they form an essential component to proceedings,” commented Acting CEO, Dr Jacques Faul.  “This decision was necessitated by the Covid-19 lockdown regulations which prescribe that only essential staff should be on site. Furthermore, it is in keeping with the CSA Medical Committee’s recommendation of a sanitized eco-system with a minimum number of personnel, in order to ensure the safety and well-being of all those participating. The location of the match in an area declared a hotspot also demands that strict protocols be observed,” Dr Faul concluded.
Photographers are also excluded for the purposes of this match but rights free images will be made available through the CSA online media centre here.
The winning captain and coach, as well as the player of the match will be made available for a Zoom post-match press conference. This will be held at the conclusion of the post-match presentation that will be broadcast live on SuperSport 2.
Solidarity Cup Live Streaming, Schedule & Format

Here are some of the rule of 3TC or Three-team cricket:

1) A 3TC game is played between three teams consisting of eight players each. There are 36 overs in the game divided into two halves of 18 each. A team gets to bat and bowl to one opponent for six overs in each half.

2) One team gets total 12 overs in the innings, divided between two six-over periods in each half.

4) Each bowling team will bowl with a new ball for their 12 overs against both opponents. A bowler can bowl a maximum of three overs in the game.

5) After the 7th wicket, the last man will be allowed to bat till the overs are completed or till the time he is dismissed. However, the last-standing batsman can score only in boundaries or in even number of runs. If a team loses all eight wickets in the first half, the remaining overs will be forfeited and the last batsman will be asked to resume the batting in the second half.

6) The team with the most runs will win the game. The winner will be awarded the gold medal, the side finishing second will get silver medal and the team at the third spot will be awarded the bronze medal. If there is a tie for gold, Super Overs will decide the fate of the game. In case of a tie for 2nd place, silver will be shared. The winner will have to defeat two teams to win the game.

When will be the Solidarity Cup 3TC match played?

When and where to watch Solidarity Cup 3TC match?