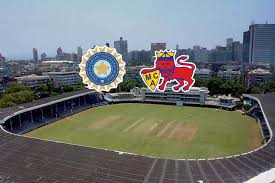 A group of empanelled scorers from the Mumbai Cricket Association have urged the state body to take up the issue of medical insurance and ex-gratia amount with the BCCI in these troubled times due to COVID-19 which has affected their livelihood.

The scorers have written a mail to the MCA secretary ( a copy of which is in possession of PTI).

“With a new rule, 17 of the BCCI scorers were also deemed as retired from previous season, having attained the age of 60 years. For these scorers, it is a complete stoppage of income by way of match fees from BCCI matches,” the letter stated.

Last year, BCCI retired a number of scorers and since it’s not a round the year job, the world’s richest cricket board doesn’t want to employ scorers on a full-time basis.

“Under the circumstances, we appeal to you, to take up our case with the BCCI with the requests that the Board should have a medical group insurance policy for all scorers, active as well as retired,” the mail stated.

According to the scorers, the BCCI should help them with a lump sum ex gratia amount, in cases of emergency, to both active and retired scorers.

“Have a proper retirement policy with a fixed monthly pension scheme and / or a one time payment on retirement of scorers to supplement the retired scorers’ income,” it stated.

The scorers cited the case of retired MCA scorer Ramesh Parab from Mumbai who was suffering from Acute Respiratory Distress Syndrome (ARDS) and was in the Intensive Care Unit (ICU) for over 35 days.

Secondly, they cited the case of Kousik Saha of Kolkata, lost the battle of life in the hospital after suffering from diabetes and suffered from cardiac arrest.

“The retired scorers are separately taking up their issue with BCCI individually but if the state associations write and take up these issues with BCCI, there is better weightage as well as importance to it,” the mail read.