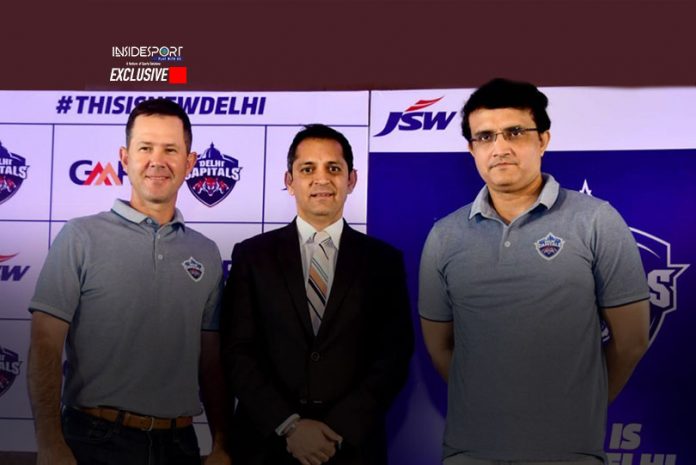 Dhiraj Malhotra is spearheading the Delhi Capital’s business as the Chief Executive when the Indian Premier League franchisee has made its highest ever investment on the squad and the market scenario is bleak owing to a global recession. Add to that the challenge of selling a professional sports outfit with a barren trophy board.

Despite the scenario, Malhotra is upbeat that the Delhi Capitals are on course to scale new peaks in commercial and cricketing performance. The man with over two decades in the business of cricket, ranging from the International Cricket Council to the Indian Premier League central team, says with conviction that even if global business is hit hard by an economic slowdown, cricket in India remains immune to recession.

“There definitely is a global recession looming on our horizon, but fortunately or unfortunately for us, when we look at cricket, the recession doesn’t seem to hit cricket at all. At the IPL auction, players have been picked at astronomical prices, and almost all teams have closed their sponsorship deals,” Malhotra told insidesport.co in an exclusive interview.

The Delhi Capitals CEO also looks at overall prospect of Indian sports with a lots of hope. He believed the landscape is changing rapidly and the nation has champions across sports which is a huge positive, and speaks volumes of how far Indian sport has come.

Malhotra, in conversation with InsideSport, candidly answered questions on numerous aspects cricket, IPL and the business of Delhi Capitals.

InsideSport : As the Delhi Capitals CEO how will you differentiate and describe your cricketing and commercial goals?

Dhiraj Malhotra: The goal is to be the best – cricketing and commercial wise. When it comes to cricket, we are very lucky to have a very good coaching team with the likes of (Ricky) Ponting, (Mohd.) Kaif, (Vijay) Dahiya, (Samuel) Badree and James Hopes. There’s a good mix of youth and experience among the players which makes us quite a formidable side. The goal is to get them to gel well like one happy family and a cohesive unit.

When it comes to the commercial aspect, our job is to ensure that the brand is commercially profitable, but more than just commercial success, it is to build the Delhi Capitals as a brand and enhance its image.

IS: How are two co-related?

DM: I’d say the two are definitely co-related, because the performance of the team is always directly proportional to how successful it is commercially. So in order to be commercially successful, it is key for us to perform. The aim is to lift the IPL Trophy but more importantly, we are seeking consistency. To see the team making it to the playoffs every single year in the next decade – that would be a massive achievement.

IS: Mumbai Indians have claimed to have achieved the ₹ 100 crore sponsorship milestone. Does that set a benchmark for others? How close or far are you from that?

DM: The Mumbai Indians achieving a ₹ 100 crore sponsorship, only shows us that the possibilities are endless and it helps us set a target/line to aim at. As a brand, Delhi Capitals is just two years old, and we’re quite satisfied with what we’ve achieved so far in terms of how brand DC is shaping up.

IS: You are making your Delhi Capitals debut during a phase of global recessions. Doesn’t that make your job more challenging? If yes, how?

DM: There definitely is a global recession looming over our horizon, but fortunately or unfortunately for us, when we look at cricket, the recession doesn’t seem to hit cricket at all. At the IPL auction, players have been picked at astronomical prices, and almost all teams have closed their sponsorship deals.

As far as our revenue is concerned, we are in a healthy place. But you always want to challenge yourself and set newer targets. Like I said, fortunately, or unfortunately, the recession hasn’t slowed us down yet.

IS: There is a perception that only cricket sells in India. How true is this? How comfortable, or in discomfort, is a head that wears an IPL team CEO’s crown?

DM: Well, I don’t believe cricket is the only sport that sells in India any longer. The Indian sporting landscape is changing rapidly and we have champions across sports which is a huge positive and speaks volumes of how far Indian sport has come. In cricket too, earlier it was the Indian team that was followed closely, and now with the IPL, there’s city wise fan-following. That growth and loyalty that IPL has been able to create is heartening to see.

As for my role as CEO, yes, I was apprehensive when I started because all these years I’ve worked with central teams. But I’m really happy with how the owners and promoters have been very supportive and helpful. More importantly, they are open to change. It’s a good feeling knowing that we’re working together as a family towards achieving a common goal.

DM: As I said before, it is important. Taking nothing away from Mumbai or Chennai, they are both brilliant teams and have great supporters, but they are also the two teams who’ve won the IPL the most and are therefore the most successful teams commercially too.  Hence, in this case, success is directly proportional to the commercial growth as well, especially when it comes to the fan-base that’s something DC as a team is working on as well.

IS: What is the strategy to end the Delhi Capital’s title drought? What all did you or the franchisee put in, in terms of team building and support staff, to achieve this elusive goal?

DM: It’s unfortunate that Delhi as a franchise has never won an IPL despite always having a solid team. When you look at the teams on paper, they are all strong, and even though MI and CSK are the heavyweights, they are beatable too. For us, we’ve tried to build a positive attitude in the team, taking all advice from the pundits and the gurus. Ricky Ponting trusts his players and the players trust him. Last season you got a glimpse of what DC as a team is capable of, and this year everyone will be working towards amalgamating all of it into a title.

IS: IPL is a three-month affair. However, it is import to keep a commercial establishment active throughout the year. How crucial are the off season activations to keep the brand relevant?

DM: I think this is a very pertinent question. Off-season activations are extremely crucial to us. See, during the 3 months of the IP teams spend a lot of money on marketing, but whether we go all out or not, we are talked about in the region regardless for those 3 months. Hence its easier for us to maintain our value since the league completely takes over India.

So the off-season activities become extremely important to us. DC for instance is big on reaching out to the youth of this city. So we connected with Delhi’s biggest colleges and partnered them in their annual fests, with the aim of building our fan base and getting more young people into our Fan Army and Volunteer Programme. The people of Delhi should believe that DC is a team for them and of them. It’ll take time, of course, but we are working towards staying as relevant as possible during non-IPL months as well.

IS: Your thoughts on building two important pillars for a sports franchisee – the brand and fan base.

DM: A sports team is nothing without its fan base. For Delhi, last season was really the first season as the franchise underwent an overhaul. Luckily for us, the team did well, qualifying for the playoffs after very long. And that ensured the fans thronged to the stadium even when we were playing our last home game. Also, digital plays such a huge role these days in reaching out to our fans. On social media, we try and be an approachable team, engaging with people and responding to them.

IS: One best and one toughest aspect of being in the driver’s seat to run a franchisee-based sports business in the National Capital in particular and in India in general.

DM: The best, most pleasing thing for me would be the culmination of all the hard work that comes together on the field, whether we win or lose, we are managing to engage the fans to the best of our abilities and of course the team doing their best, is one of the best aspects of being in the driver’s seat. Coming to the other point, the toughest aspect is putting together this whole league, where it isn’t only the cricket aspect that drives the train. Tons and tons of other agencies and civic bodies are part of conducting a tournament, which can often get challenging. But we’ve managed to cross those hurdles and the result is there for everyone to see.

IS: How does your experience of over two decades across various positions in sports industry come handy in your present role?

DM: Having been a part of the sports industry for over 20 years, you develop an understanding of how to deal with being a winning team or a losing team, to be a part of brand building and leaving behind a legacy. One thing that sports does over any other form of entertainment is the passion and emotion it brings among people. The experience, what it does is, that it makes sure you don’t short change, or are cheating the fans of that feeling. Whether it’s been working in cricket or any other sport, for me the biggest learning has been to always ensure you always are a step ahead because the sports industry is changing and rapidly growing and you’ve got to keep up with it.

Malhotra had taken over the reins of the Delhi Indian Premier league team in February last year when it was going through a complete revamp. A seasoned sports administrator with diversified sports administration experience of more than 24, Malhotra has served elite sports business entities International Cricket Council (ICC), Wasserman Media Group (WMG), and International Management Group (IMG) among others.

His association with IPL dates back to the league’s inaugural year 2008 when he was the Tournament Director. He has held similar positions in Indian Super League (ISL), Pro Kabaddi League (PKL) and also served as an advisor to Hockey India League.

Malhotra also served the Indian Army with merit. He was awarded Shaurya Chakra by the President of India in 1999 for his role in rescue operations in Kashmir .