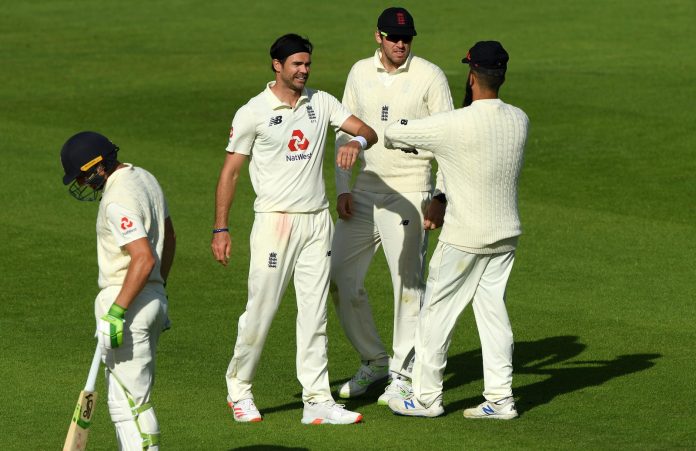 England registered a comprehensive 269-run win to secure third Test at Old Trafford in Manchester and regain the Wisden Trophy for the last time. The Three Lions scripted a come-from-behind series heist after having lost the first Test at the Ageas Bowl in Southampton.

The man of the day was undoubtedly Stuart Broad, who registered his name in the ranks of elite bowlers after he became only the 4th fast bowler and seventh overall in the history of the game to claim 500 wickets in Test match cricket.

Broad got the first wicket of the stop-start first session when he claimed Kraig Brathwaite with yet another nip-backer, pinning theWest Indies opener right in front of wickets for his 500th scalp.

Post that, it was a Chris Woakes show who claimed a five-wicket haul despite all the rain stoppages and ran through the Windies lower-middle order.

While Shamarh Brooks nicked straight to the keeper and Roston Chase was run-out after a horrible mix-up, each of Jason Holder, Shane Dowrich, and Rahkeem Cornwall was pinned in front of wickets as Windies slipped from 5-87 to 9-119. And, it was fitting that Stuart Broad finished the game off when he claimed Jermaine Blackwood for 23, to cap off a memorable Test match for himself and England.

Congratulations to @StuartBroad8 on reaching 500 test wits hard work does pay off. I still remember you bowling to my son at Bristol when you both were kids.. well done and the sky is the limits next step 600.????

And well done @StuartBroad8 A champions greatest quality is longevity. You are a true champion.

A series that was about much more than cricket.