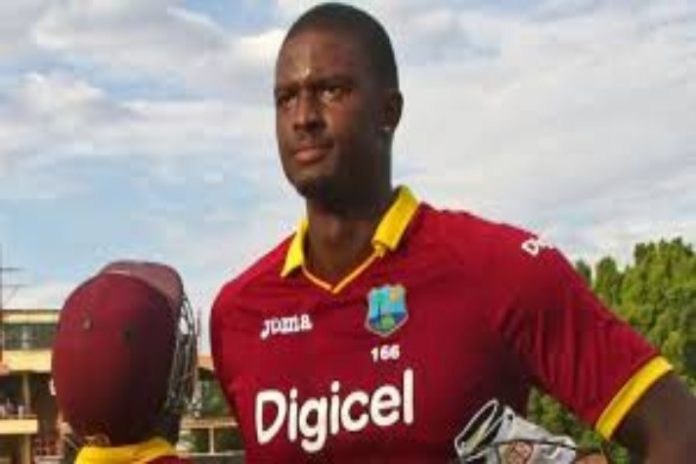 West Indies skipper Jason Holder says he will not force his team mates to travel to England for a three-test series delayed by the COVID-19 pandemic.
Cricket West Indies Chief Executive Johnny Grave had said last week that the players would not be coerced to tour the UK, which has recorded over 243,600 cases and more than 34,000 deaths.
“Each player has to be comfortable in making the step,” Holder told the BBC.
“It’s been made clear if we are to hop on a plane and go over to England to play, it must be safe … from my perspective, I won’t be forcing anyone to go anywhere.”
The UK government has said elite sport can return in June without spectators and the England and Wales Cricket Board is looking at hosting the West Indies series in July.
Also Read: Cricket Business : Pakistan Cricket Board to give insurance covers to players and their…
Cricket West Indies is seeking ‘chartered flights’
Meanwhile Cricket West Indies is seeking private flights to and from the Caribbean to enable this summer’s test series in England to go ahead. The England and Wales Cricket Board is hopeful that the postponed three-test series, which was due to start in June, can be held from 8th July but will have to cover the cost of expensive chartered flights for the West Indies team, according to the UK’s Daily Telegraph newspaper. With the UK yet to significantly emerge from the coronavirus pandemic that forced the postponement of the tour, CWI has rejected the idea of commercial flights.

Chief executive Johnny Grave told media couple of days back: “Clearly I don’t think commercial flying is going to be appropriate here… so we are looking at a transatlantic charter to get the team to the UK.”

The cost of private flights for the entire West Indies squad, team management and staff has been estimated at up to $486,000.

Grave said that not only would chartered planes be needed to get the team to and from the UK but that the players would need to assemble on the same Caribbean island for departure, costs that would also fall to the ECB.