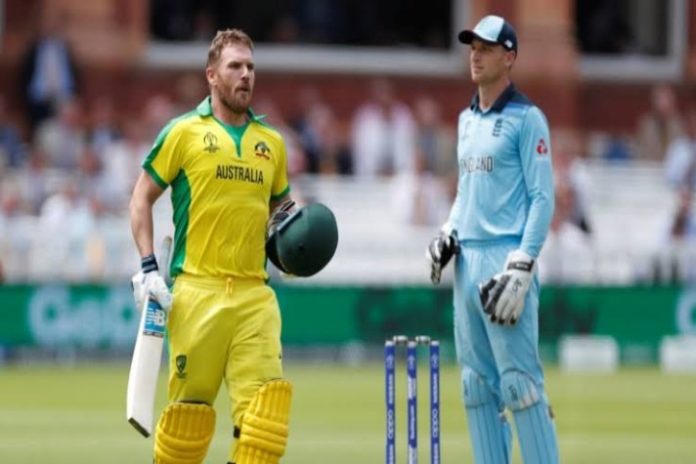 David Warner few days back said, it is ‘unlikely’ that the Australian cricket team will tour England. But now Cricket Australia (CA) CEO has declared, most likely team will go the England for the 3 T20, 3 ODI series. The West Indies are due to embark on a Test tour of England first, pending a UK governmental green light and final agreement on health and safety protocols, with Pakistan slated to follow. And if assurances over biosecurity and players safety are met, Roberts said he can foresee Justin Langer’s men potentially heading to the UK not in July but in September.

“I think there’s some chance we could send a team over,” Roberts told News Corp.

Huge test for the England & Wales Cricket Board (ECB)

Roberts has clearly declared that ECB is on the test. If they deliver well on the West-Indies and Pakistan series, Australia can tour England.
“Obviously we won’t jeopardise the safety of the players, but the best test of that is the West Indian and Pakistan tours of England before we’re due to tour. We hope they go off without a hitch.”
Also Read: Cricket Business: CSA upset with Smith as he suggested Sourav Ganguly’s name for ICC…
ECB’S Commercial future dependent on these tours this summer
The ECB on their side is going all out to showcase and provide the best possible safety measures for the visiting teams. The English board is staring at loses of $380 Mn if the summer does not go as per the plans. The series against the West-Indies team is already postponed and the plans are to reschedule the same under bio-secured stadiums in July.

Why for ECB entire summer season is important ?

ECB from this summer onwards is starting a new media rights deal with BBC and Sky Sports. Both the deals put together are slated to bring USD 1.35 billion to ECB coffers over the next 5 years. The new media rights deal starting from this summer will mark the return of live televised English international and domestic cricket to the BBC for the first time in 21 years, while Sky takes its partnership with English cricket into its third decade. If any of the scheduled matches this summer gets cancelled then straightway it will impact the REVENUES of ECB.

Other than this ECB will also have to take loses from their deals outside UK with Sony Pictures Network in the Indian Sub-Continent, BeIN Sports in Middle East and various other territories. Under the circumstances the biggest challenge in front of ECB is to somehow save its summer.

Meanwhile Cricket Australia (CA) is also looking for solutions for their troubles. If India does not travel this year, CA will be poorer by USD 180 Mn. CA CEO says India are a ‘nine out of 10’ chance of touring this summer, and Australia’s tour of the UK remains on the table

“I guess there’s no such thing as certainty in today’s world so I can’t say 10 (out of 10), but I’m going to say nine out of 10,” Roberts said when asked about the prospects of India touring.

“With the variable being, who would know whether we can have crowds … I’d be really surprised if we can’t get the Indian tour away. But I wouldn’t, hand on heart suggest we’ll have full crowds from the start. We’ll just have to see how that goes.”