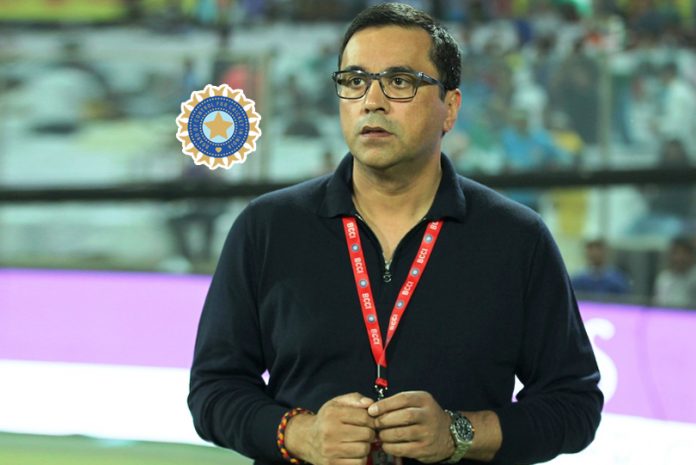 The Board of Control for Cricket in India (BCCI) CEO Rahul Johri has been asked to leave over mail. Johri had earlier tendered his resignation, but was asked to continue for one more year. So what exactly transpired that all a sudden via e-mail Johri was ask to exit.

BCCI this week was suppose to come out with a tender for the Indian cricket team’s apparel partner. But even before the tender was made public, information like tender’s base price and other details were leaked in the media. This recent leak over the tender details is one of the major reasons for the current office bearers asking Johri to quit.

Also Read : BCCI to issue fresh tenders for kit partner, base price to be slashed with a twist

News agency IANS has reported that, a board official said that the leak of confidential financial information was like the nail in the coffin as the current dispensation believes in utmost transparency in its functioning.
“He has been informed of the decision by email. He had resigned earlier and was asked to continue in the interim. However the leak of confidential financial information of a bid that was being prepared accelerated the decision. Highest levels of confidentiality are expected when any bid takes place in an organisation,” the official said.

“This was considered to be scandalous and had the potential to compromise the bid. Financial matters if you cannot keep confidential, then it is a serious lapse that cannot be excused, especially with the new BCCI.”

A BCCI functionary said that maybe he was a little over confident ever since he escaped with gender sensitisation after allegations of sexual harassment against him.

“Maybe he was a little overconfident. He was able to survive despite his earlier conduct and there was an enquiry into allegations of sexual harassment against him. The reports of which were not even made available to the complainants which was found to be very surprising. Yet, he was asked to undergo gender sensitisation.

“We felt that to have a CEO who has undergone this punishment was not appropriate for a role which requires you to give a fillip to women”s cricket. And as CEO he had to meet market leaders. He is certainly not the man who is capable of leading India towards resumption of cricket. The female cricketers and women working in BCCI must be feeling relieved,” the functionary told IANS.

Former CoA member Diana Edulji said that justice has finally prevailed. “Women cricketers and staff will heave a sigh of relief and after all this indiscipline during nomination of coaches and all, he was rewarded with an increment which I was against. Better later than never. Justice has been done,” she told IANS.