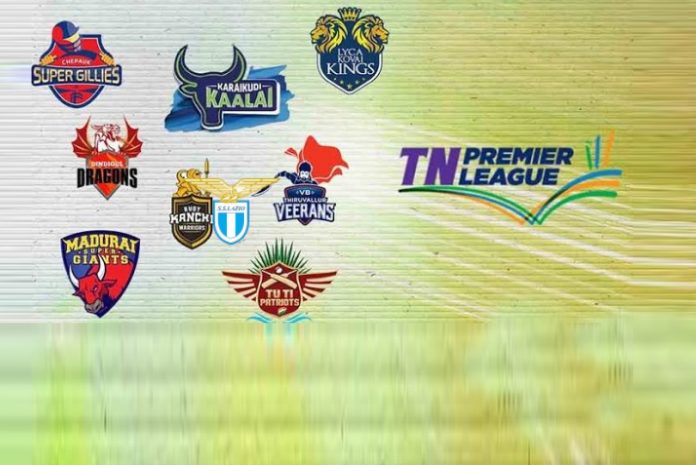 The Covid19 menace on sporting events is continuing as Tamil Nadu Premier League (TNPL) season this year is all set to be cancelled. The fifth edition of Tamil Nadu Premier League (TNPL), was originally slated from June 10. In May, the association announced that it was postponed indefinitely but now it is about to officially called off. The latest order from the Central Government prohibiting sporting events in August has almost sealed the fate of TNPL this year.
The Tamil Nadu Cricket Association (TNCA) is yet to officially call off this event but with Covid19 havoc continuing in Chennai and other parts of the state, the decision to postpone the event looks imminent.
The Tamil Nadu government had decided to open stadiums across the state for the resumption of training for national-level athletes, but any competitive action, even without fans physically present, remains a far cry in the current conditions.

Even if all gets well in next couple of weeks, TNPL which is played between eight teams will now not even get window in the domestic calendar to play the league this year.
TNPL Cancellation Imminent, TNCA can make official announcements soon
The TNPL matches are played in Chennai, Dindigul and Tirunelvelli and the TNCA was expecting that it could have hosted games in a bio-secure environment with empty galleries – the matches being telecast live on TV. But now with sporting events ban all August, TNCA will not left with any option than officially cancel the league for this year.

Notable players like Ravichandran Ashwin, Dinesh Karthik, Vijay Shankar, Washington Sundar participates in TNPL every year. From Sep to Novembers these players will now be busy with IPL, that further will lead to cancellation of the event this year.

“Since IPL begins on September 19, all the teams would prefer to go to UAE at least a few weeks prior to practise. So it may not be possible for us to hold TNPL in this window. We were initially thinking of conducting the tournament in August-September if the lockdown is lifted. But it looks unlikely now,” said RS Ramasaamy, secretary of TNCA recently told TOI.