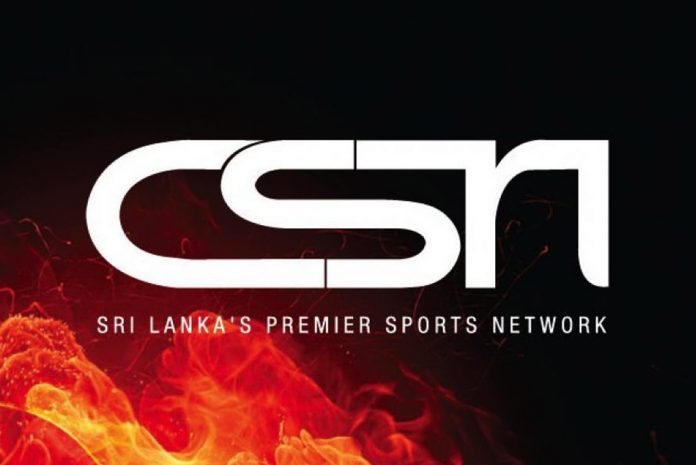 This news will be music to the ears of Sri Lankan sports fans and some of the right holders in the region. The Carlton Sports Network Television channel (CSN), the premium sports broadcaster in the territory of Sri Lanka will resume operations soon. According to a report in the local business news platform EconomyNext, CSN is ready to restart its operations very soon. The platform has quoted Rohan Welivita, one of a former Director in the company who said, “ work has begun to restart the channel as soon as possible.”

CSN also successfully broadcasted various other sporting events of global magnitude and soon became hugely popular in the territory. After the change of government in 2015, the new administration blocked CSN’s license through a Media Ministry fiat. It also restored the Rupavahini Corporation’s exclusive rights to Sri Lanka Cricket, although the new administration of the state TV station failed to capitalize on the bonanza.

According to the reports, now the new government has restored CSN’S license to broadcast. Welivita’s statement comes a day after the government withdrew it’s objections to the functioning of the channel after the company filed a Writ Application before the Appeals Court against an order issued by the former government cancelling its license. At a hearing in court on May 26, all parties to the case, the Media Ministry and the Telecommunications Regulatory Commission (TRC) came to an amicable settlement over the cancellation of the license clearing the way for CSN to resume transmission of its programming. The frequencies granted to the channel at its outset was also restored by the TRC.

It is also worth noting that the SLC currently is struggling to sell their International Rights portfolio. Even after releasing the tender in the month of February this year, SLC has failed to finalize a broadcaster till date. The lukewarm response has resulted in postponement of the tender multiple times. Now with CSN making a comeback at-least they will have a new player in the market for their domestic rights – though the headache to finalize the international broadcast will stay as intact.