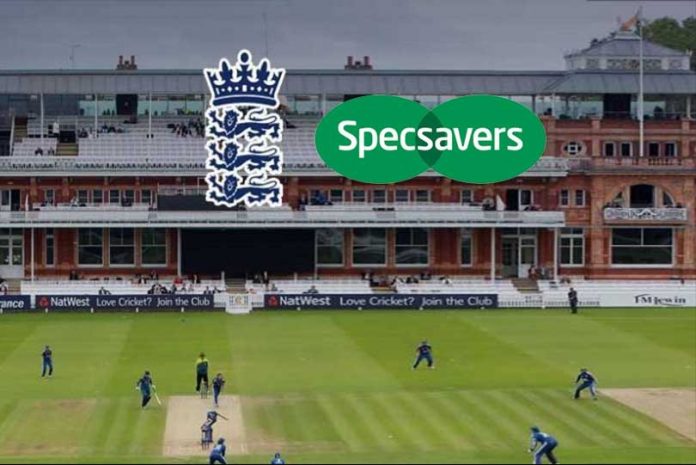 The England Cricket Board (ECB) has suffered a jolt. The principal sponsor of ECB, Specsavers, the opticians and eye x decided to end the relationship with the board on account of challenging business conditions due to the pandemic.

“We have had a phenomenally successful partnership with the ECB during the past few years. Sadly, as a result of the current pandemic and incredibly challenging trading conditions, we have been forced to review our commitments,” read a statement from the company.

Also Read: Cricket Business : ECB all set to postpone launch of The Hundred and series…

“As a result, we have taken the extremely difficult decision to bring to an end our sponsorships of the County Championship and the domestic umpires. In addition, we will not be renewing our partnership for Test cricket”

Specsavers had been the principal sponsor for home England Tests since the start of 2018 and had been naming partners with the County Championship since the 2016 season.

The timing of the sponsorship void is less than ideal. In a bid to protect clubs in both the professional and amateur game, the ECB launched a 61million pounds emergency package last week and the potential cost to the ECB of a cancelled season is around £300 million.

Confirming the news, the ECB thanked Specsavers for being “a wonderful partner for many years”, and reciprocated the company’s willingness to seek further deals “if circumstances allow” in the future.

All domestic cricket in England is currently on hold till May 28th. The West Indies were due to arrive in England next month to begin a three-Test tour, with the first match scheduled to start at The Oval on June 4, but that prospect looks increasingly unlikely at this stage. “The deadline of 28 May still stands, but it’s looking less and less likely that we’re going to be out there in June,” said Ashley Giles, England men’s director of cricket.