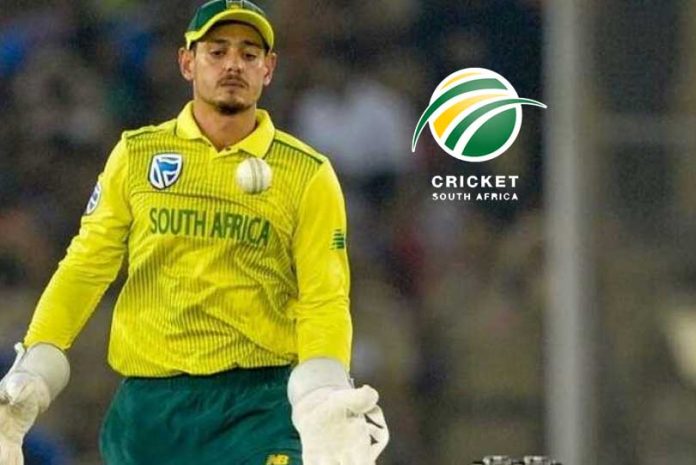 Dr. Jacques Faul, Acting CEO of Cricket South Africa (CSA) made this statement to highlight the importance of India tour of South Africa for 3 T20 games in the month of August. Such is the importance of this tour for CSA finances that Faul in an interview to Times Live went to the extent of saying that no India means huge trouble for CSA.

“We haven’t lost content yet, but if India doesn’t come here it is $10m, and that is R180m lost. Then you have to see how your sponsors pay or don’t pay. I think our trouble is still in the mail. The challenges are on the way,” Faul said.
For the entire cricketing world tour by the Indian cricket team to the respective country is the most lucrative asset. Cricket Australia has already declared the same and now CSA without inhibitions is declaring the importance of 3 match T20 series.

Reason 1 –  The said tour was never part of the future tour program (FTP). The tour was actually set up by newly appointed Director of Cricket Graeme Smith and acting CEO Jacques Faul on a recent trip to India in the month of Jan-Feb. The tour was weaved in with BCCI so that it can support CSA’s dwindling finances.

Reason 2 –  InsideSport has reliably learnt that on the back of this tour Cricket South Africa could crack a broadcast partnership with Star India for the territory of the Indian Sub-Continent.
Reason 3 – CEO Faul has openly admitted that through this tour CSA will earn in tune of  R180 – R195 million (USD 10-11 million). The international public demand for matches involving India means that each T20, according to Faul, could generate between R60 – R65 ($3 to 3.5) million for CSA’s coffers.

In a recent interview with Sports24, Faul admitted that CSA is even ready to play the series without crowds in the empty stadiums. Faul added that playing the series in empty stadiums would not be a major issue given that, for tours like this one, the money generated from the gates would only account for between 5% to 10% of the income for the entire tour.

“We can definitely play behind closed doors and still make revenue out of it,” Faul added. “We’re quite confident that we could be on level three by then, but you still need international travel to open up and that’s probably your biggest issue,” he said.

CSA has struck an agreement with the England Cricket Board (ECB) to adopt some of the methods the ECB is likely to employ as part of its return-to-play protocols over the coming weeks.

“We are going to hold hands with England. I’ve reached out to ECB director of events Steve Elworthy and CEO Tom Harrison. I know both well”, revealed CSA acting CEO Jacques Faul.

England will put its protocols to the test at county level‚ as well as during their scheduled clashes against Australia (T20s and ODIs) and Pakistan (Test and T20 series).

“We are considering making a case to the minister at a later stage. We have been proactive, but England have to develop protocols and guidelines first. What is bio-safe in the UK would be bio-safe here. Stadiums tend to have the same facilities and I think we can get a decent benchmark from them.”

Faul said CSA wants measures in place that will enable it to hit the deck running next season.