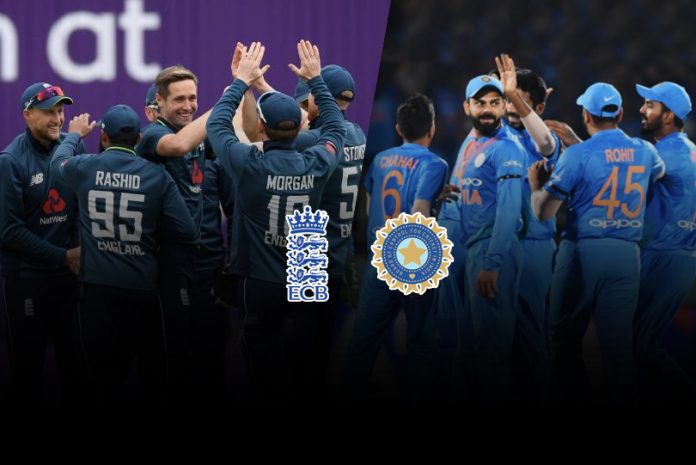 As reported by InsideSport on 9th July, England tour of India in the month of September – October is getting postponed. The formal announcement in this regard will be made after the BCCI’S Apex Council meeting on 17th July.
“Yes, without any doubt the tour of England team will be postponed. Where is the chance to conduct the series in such an atmosphere, we will have to reschedule it”, said one of the BCCI official to InsideSport on 9th July.
Also Read : BCCI and Star India gets another hit, England tour of India set to be postponed

Though BCCI will try to reschedule the 3ODI / 3T20 match series for Jan-Feb 2021, in case that does not happen the Indian board stands to lose Rs. 450 Crore of revenues. This will be first real financial hit for the BCCI during these Covid19 times.
England Tour of India postponed, BCCI will lose 450 Cr, check it out how?
The postponement of the series means Indian cricket team will not be seen in action at home before 2021 now and BCCI will not see any revenues till that point of time.
– Broadcast Fee @ 62 Cr per game from Star Sports – 372 Cr
– Title Sponsorship @ 3.8 Cr per game from PayTM  –  22.8 Cr
– Associate Sponsorships from Dream11, Hyundai & ACC – @ 2.58 per game – 15.48 Cr
– Ticket Sales @ average of 4-5 Cr per game – 25 Cr
– Ground Rights Sales @ 2.5 to 3 Cr per game – 15 Cr
Overall BCCI and its host state units stand to lose 450-455 Cr if the England series does not get rescheduled soon. It is worth noting that the revenue component of ticket sales and ground rights sales belongs to host state units of BCCI. Broadcast fee, Title and Associate sponsorship revenues are directly earned by BCCI.
The source in BCCI informed InsideSport that though it has not been discussed with England & Wales Cricket Board (ECB) but all attempts will now be made to reschedule the series for the month of January-February 2021.
England cricket team is again scheduled to tour India in the month of January-February for 5 test match series. According to the info with InsideSport, the postponed 3ODI and 3T20 game series can be played along with the scheduled test series. But If that happens, India – England will play each other over 18 games in short period between January 2021 to July-Aug 2021.
India vs England matches in 2021
– England will tour India in January for 5 Test Match series
– September 2020’s postponed 3Odi and 3 T20 game series can be scheduled in Jan-Feb 2021
– Virat Kohli and team will again travel to England in July for 5 test series
Cricket Business : Star India will not have any Indian cricket till 2021
Along with BCCI, Star India has been the biggest loser as Covid19 has hit the Indian cricket hard. Without any doubt, Star India is the biggest cricket broadcaster in the region with rights of ICC, ACC, BCCI, IPL in its kitty. But due to Covid19 led postponements, Star Sports will now not be left with any cricket games involving Indian cricket team in 2020.
– T20 World Cup is about to be postponed
– England tour of India is postponed
– Asia Cup 2020 postponed
– Scheduled India’s tour of Australia will be broadcasted on Sony