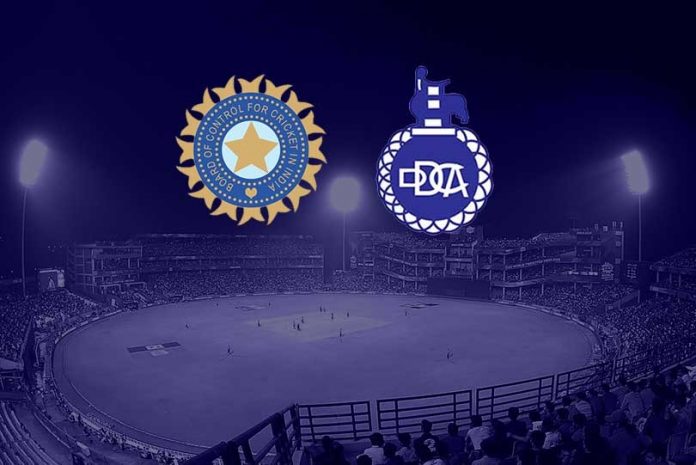 The mismanagement, chaos and apparent unethical practices in the Delhi and District Cricket Association (DDCA) is finally catching up with them. The funnel of funds from the Board of Cricket Control of India (BCCI) is likely to be stalled. The Board has decided to stop all funding to controversially ridden Delhi Cricket body.
“As of now, there is no question of given the funds to DDCA. There are too many complaints and reports of discrepancies against them. They will have to set their house in order first to get the funds from the board,” BCCI treasurer Arun Dhumal told TOI on Wednesday. BCCI is in favour of having an administrator to run DDCA.
DDCA administration currently is in complete mess and BCCI is not ready to release the annual funds to the body which is laced with tons of controversies. Currently there is no elected president at the moment after Rajat Sharma’s controversial stint ended in bizarre circumstances, its secretary is reportedly in jail, and the treasurer is a public servant, much against the Supreme Court-approved Lodha Committee recommendations.
Also Read: Cricket News: Physically disabled cricketers get dues from BCCI
BCCI on an average gives 35-60 crore of annual fundings to each of its member state association. Between July 2018 and November 2019, the DDCA received at least Rs.40.75 crore from the Board. Some of it is its share of the BCCI’s income and some for expenditure/reimbursement on account of organizing domestic and international matches in Delhi.
BCCI is processing the payments to the state associations this week but have decided to stall payments to DDCA. “We are processing all the payments now, obviously we need to have clarity on DDCA before releasing the annual payments to them” Dhumal added.
The allegations on DDCA also includes non payments to the players, coaches, staff, ground workers, affiliated clubs. According to few reports, it is alleged that DDCA has not paid annual subsidy to its affiliated clubs for last 7 years, prize money of the League, Super League, and Hot Weather Tournament, payment to the players, umpires is also pending.
Meanwhile BCCI has also declared that the board will release all the payments due to the match officials and umpires this week. The Indian Board has already cleared all payments to the contracted Indian players and domestic cricketers.