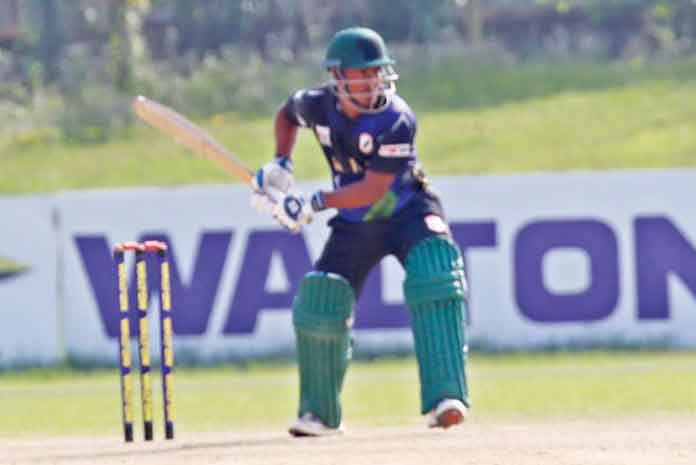 The Bangladesh Cricket Board (BCB) is mulling start of Dhaka Premier League as soon as possible. The Cricket Welfare Association of Bangladesh had an online meeting with leading cricketers where the future of the DPL was discussed.
Country’s leading cricketers like Tamim Iqbal, Mahmudullah, top officials of CWAB, BCB’s chief executive officer Nizamuddin Chowdhury along with BCB director and chairman of Cricket Committee for Dhaka Metropolis Kazi Inam Ahmed were present in that meeting.

This year’s DPL only saw six games before it got deterred for an indefinite period on April 15 after a primary month-long postponement due to the coronavirus outbreak.

Inam, through a media release by the BCB, stated that they cannot confirm the dates of DPL but insisted they have informed the clubs to be in constant touch with the players so that they can start the DPL with a short notice.

“I attended a meeting with CWAB and several national-team and first-class cricketers. We spoke about a possible start of the DPL season. At this point we can’t confirm a date but want the DPL clubs to be in regular touch virtually with players to make sure the players can maintain fitness.

“The clubs should be prepared to start the league when the situation is suitable with a short notice of 15 days,” said Inam. “I suggested Cox’s Bazar or BKSP as alternate venues and that all players and club management accommodation can be arranged with strict measures of isolation.

Players request 50% payments from clubs of Dhaka Premier League
‘Considering the financial conditions of the cricketers, CWAB has requested Bangladesh Cricket Board to take initiative and consult with the clubs to pay 50 per cent of the contract money, according to the traditional values and rules,’ CWAB said in a media release issued on Wednesday.

“The players of Brothers Union and Partex raised concerns that they have not received payments this season. CCDM had already advised the clubs to pay 50% payment before the league started despite the fact that players’ payments this season are under direct contract with teams,” he said.

‘The meeting unanimously decided that whenever the future situation of the country becomes normal, the BCB will take a decision on starting domestic cricket through Dhaka Premier League 2019-20.

India vs Pakistan Live: Five players to watch out for IND vs PAK big match on Sunday

India vs Pakistan LIVE: India and Pakistan’s performance in all T20 World Cups- check out

India vs Pakistan LIVE: 5 superstars who are out of form ahead of T20 World Cup

India vs Pakistan LIVE: India and Pakistan’s performance in all T20...

India vs Pakistan LIVE: 5 superstars who are out of form...