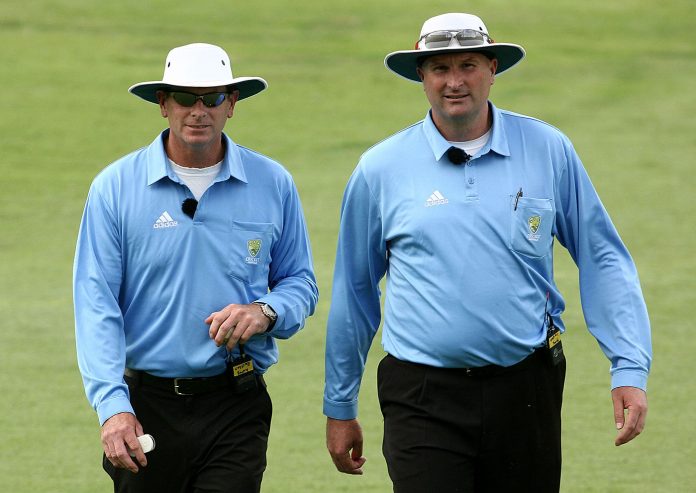 Cricket Australia on Friday decided not to replace retired umpires Simon Fry and John Ward in its 12-member national panel for the upcoming season as part of its cost-cutting measures to deal with the economic fallout of the COVID-19 pandemic.

Simon and John had retired earlier this year. With CA not replacing them and Darren Close taking the place of Geoff Joshua, who did not have his contract renewed, means the panel has been reduced to 10 umpires.

The reduction in the number of umpires means the 10-member panel will have to officiate in more games than last season.

It was in April that senior umpires were approached to find ways to reduce expenditure and they soon agreed to change their Memorandum of Understanding with the governing body.

CA’s Head of Cricket Operations Peter Roach thanked the umpires and said the decision to reduce head count was a mutual one.

“When we were faced with the position of having to find 25 per cent savings this year, the umpire leadership group willingly engaged in discussions and said, ‘we’re here to help’,” Roach told cricket.com.au.

“Very quickly (we) came to an outcome of finding some reductions in that MOU. The umpires had every right to say ‘no, that’s an existing deal’ but they came to the table and said they were there to help.

“We’re very thankful for that leadership group and the whole umpiring group … for being so open in their willingness to assist. They’re a terrific group of people who have the game’s interests at heart.”

Australia’s umpires are represented by three senior officials who are elected each year.

The 10-man umpire panel earn a set retainer each year, while the four umpires that have been nominated to also stand in men’s internationals– Gerard Abood, Shawn Craig, Sam Nogajski and Paul Wilson – can also earn match payments from the ICC.

Australians Bruce Oxenford, Paul Reiffel and Rod Tucker are all part of the ICC’s Elite Panel of umpires.