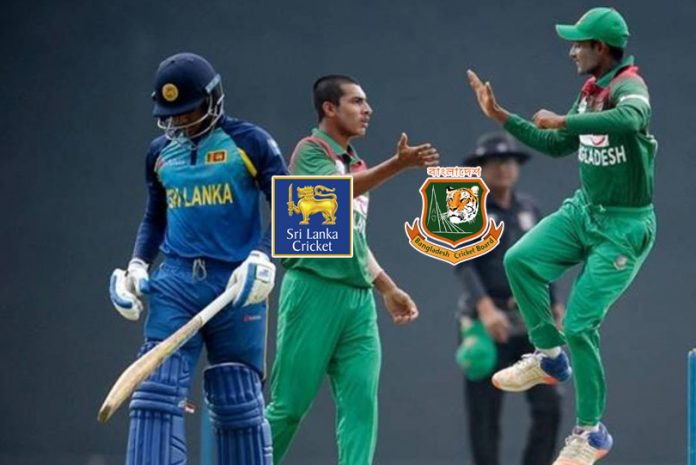 The Sri Lanka Cricket (SLC) media rights tender is becoming jinxed. After 6 round of postponements, only two days back SLC announced the new broadcast partner will be finalized by 15th June. But the said deadline is again set to be extended, now to 30th June. Reason, the Bangladesh Tour of Sri Lanka in the month of July is all set to be postponed for the later date.
Bangladesh Tour of Sri Lanka to be postponed
The Bangladesh team was scheduled to tour Sri Lanka for the 3 match test series in the month of July but now the series is set to be postponed for a later date resulting in another setback to SLC Media Rights tender process.
Also Read: Cricket Business : Sri Lanka Cricket offers only 6 months contract to the national…
InsideSport has learnt from its sources in the Bangladesh Cricket Board (BCB) that the board consulted its national squad players on the tour. But the Bangladesh players have unanimously declined to tour Sri Lanka in the month of July.
“Yes, we had spoken with some of the players and they did not show any interest [to tour during that point of time]. I think chances are very slim about the Sri Lanka tour commencing on scheduled time frame,” said Akram Khan, Director, BCB to the media.
“There will be no compromise with health issues. In this regard, players are our main stakeholders. Without their consent, we will not take any decision. So there is no point being paranoid about the upcoming tour,” said Nizamuddin, CEO of BCB to one of the local publication in Bangladesh.
According to the sources, BCB and SLC are currently trying to figure out new dates for the tour and in all likelihood it will not be before August – September. The official announcement of the postponement will be done in next 2-3 days.
SLC Media Rights : Continuous postponement of tours big worry for SLC
The 3 year rights on offer has 12 international series listed in the ITT document as per the info with InsideSport. But the issue for SLC is out of those 12, now 4 have have already got postponed due to Covid19 pandemic. Though SLC has rescheduled those tours in 2021, but InsideSport could not ascertain from the respective boards (ECB, CSA) if they have agreed on the rescheduling.
According to some reports in local media in Sri Lanka, the SLC is also trying to reschedule the India tour (3ODI – 3T20) for the month of August – September but no one in BCCI is ready to confirm any development on the same,
Sri Lanka has lost its entire Home Season in 2020