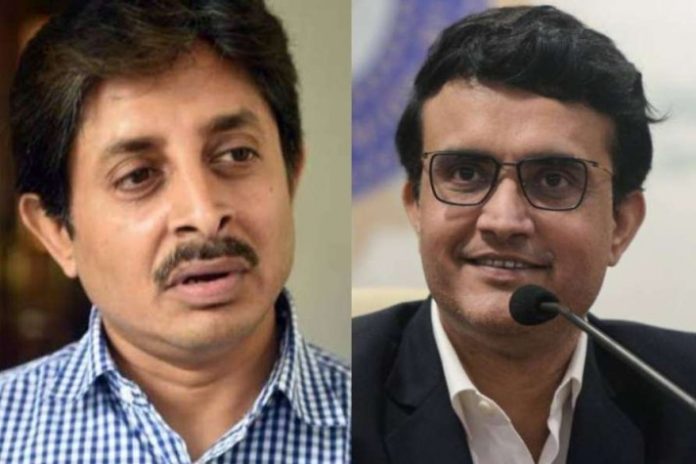 The Covid19 has also taken BCCI president Sourav Ganguly’s family also in its trap. Former India skipper Sourav Ganguly’s family members have tested positive for Coronavirus. Snehashish Ganguly, the secretary of Cricket Association of Bengal (CAB) and Sourav’s elder brother, has been infected by COVID-19, the health state department said on Friday. Also, Snehashish’s wife has been infected with the virus.

According to the report, Shenashish’s mother-in-law and father-in-law were also diagnosed with the virus last week.

“All the four complained of some health issues, which were similar to the symptoms of COVID-19 when they were staying at another residence and not at Ganguly’s ancestral house in Behala. After testing positive, all the four were shifted to a private nursing home,” a senior official was quoted as saying in Business Insider India

“Whether they will be discharged or not, depends on the result of the tests,” sources at the nursing home stated.

Sourav is yet to reach on the situation. Further tests will be done of all of them on Saturday based on which the decision on whether to discharge them from the hospital or not will be taken. “Whether they will be discharged or not, depends on the result of the tests,” an official at the nursing home stated.

Since the Coronavirus outbreak in the country, Ganguly has been helping the underprivileged section of society on a regular basis. He had initially donated rice worth Rs. 50 lakh to the poor before further giving away 2000 kgs of rice at the Belur Math in West Bengal. The former India captain later also pledged to feed 10,000 people on a daily basis at the ISKCON center.

Dada had also come out to help those affected by the super cyclone Amphan that had hit parts of West Bengal and Odisha last month.