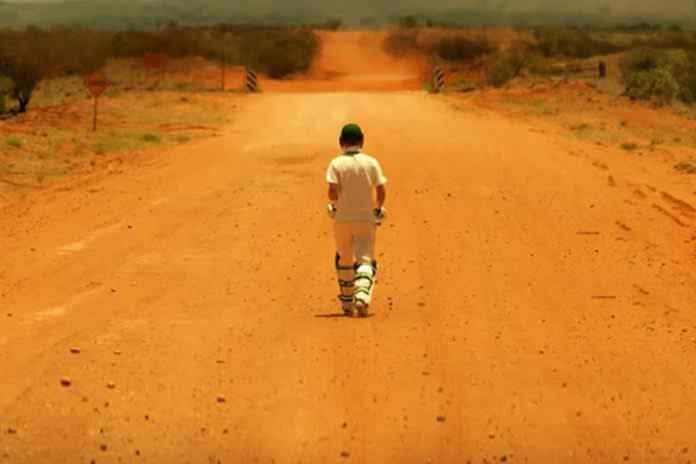 Cricket Australia in association with noted sports film-maker Peter Dickson will produce a three-part film series on the Ashes – Forged in Fire.

CA has issued a Press release to announce the film, to be broadcast in Australia on Channel Nine during the 2017-18 Magellan Ashes Series. The film, titled Forged in Fire, will bring together the key protagonists from the last 50 years of sport’s greatest rivalry, chronicling the key battles and back-stories of Australia and England contests, as well as what drives both nations’ quest to capture cricket’s most prized possession – the Ashes urn.

The film was produced and directed by award-winning documentary filmmaker Peter Dickson. Peter has an outstanding reputation for sports filmmaking in this country, with his most recent AFL documentary The Final Draw receiving several awards.

“After many years of documentary filmmaking, I am thrilled to have the chance to be involved in telling the story of one of the most iconic rivalries in sport – the Ashes. Having played the game for over 30 years (the last ball I faced was a throat-high bouncer from Damien Fleming), I have had a lifelong love affair with the game and I am determined to make a film that will not only appeal to cricket lovers but lovers of sport in general,” the release quotes Dickson as saying.

Cricket Australia’s Executive GM, Broadcasting, Digital Media & Commercial, Ben Amarfio said the documentary series will give cricket fans an insight into past Ashes series from the players who took part and will add a greater sense of occasion to the 2017-18 Magellan Ashes Series. “The Ashes is an amazing sporting rivalry thanks to the incredible history that the series has and the colourful characters and stories that have been a part of the contests between Australia and England over the decades. Some of the stories and quotes from former players in this film are genuinely provocative. The brashness of some of their on-field feat are matched by the brutal honesty and boldness of some of their statements.

“We are excited to be working with Peter on this film as it takes viewers behind the scenes of some of the most famous moments in Ashes history and into the minds of some of the biggest names in the game, all of which we feel will add another layer of excitement to the 2017-18 Ashes Series, the latest chapter in this great sporting rivalry,” says Amarfio.

Nine Network’s Head of Cricket, Brent Williams, said the series celebrates the big moments in Ashes history and will add to the excitement of the summer of cricket.

“The Ashes is so much more than just a sporting event, it is arguably the greatest of all rivalries. This amazing series chronicles the moments and memories that have made this fierce cricketing contest so special over so many years. We are proud to have “Forged in Fire” as part of what promises to be our biggest summer of cricket ever.”

Further details of the documentary series will be made available in the lead up to 2017-18 Magellan Ashes Series.