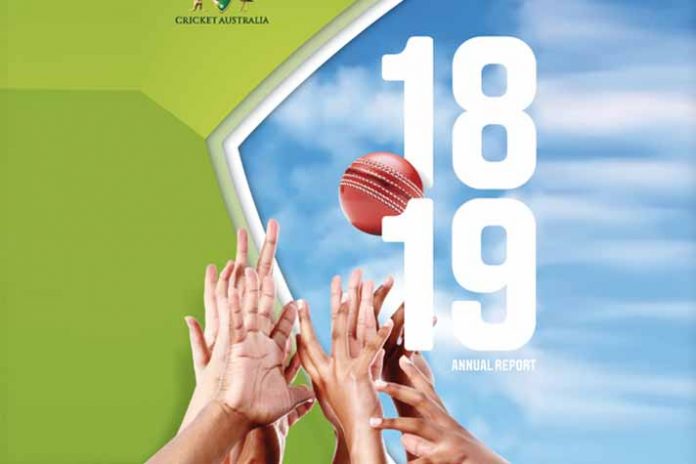 Cricket Australia chairman Earl Eddings has revealed that during the “healing” year, the operating surplus is AU$9.9m more than the last fiscal.

“The past year has been a time of healing for Australian cricket,” Eddings has reportedly stated in CA’s annual report.

Anything for Cricket: Choc-a-bloc Kotla in smog-choked Delhi

The 92-page report, prepared by PWC was released on Thursday last at CA’s annual general meeting.

CLICKE HERE for the complete report.

The overall revenues for the period are reported at AUD$485.9m. Revenue from continuing operations stood at AUD$474.3m, with other income totaling AUD$11.6m. The AUD$18.2m surplus figure is more than double that of the previous year (AUD$8.3m).

Expenditure from media, broadcasting and marketing commitments totaled AUD$31.4m. The body’s main expenditure was for players and umpires, which amounted to AUD$104.5m, with events and operations expenditure totalling AUD$72.5m.

Abhishek Nayar retires from all forms of cricket

Maxwell takes break from cricket due to mental health issues

Among other highlights, more than 2.16 million people attended international, BBL and WBBL games during the 2018/19 season. These are record numbers for a non-Ashes year .

“The past year has been a time of healing for Australian cricket. We have focused on building a purpose-led culture… following a challenging 12 months.” Cricket Australia chairman Earl Eddings wrote in the annual report.

“Australia’s men’s team has shown their commitment to restoring their connection with each other and the Australian public. It was a year which redefined the way Australia would play, in a spirit the whole country can be proud of.”