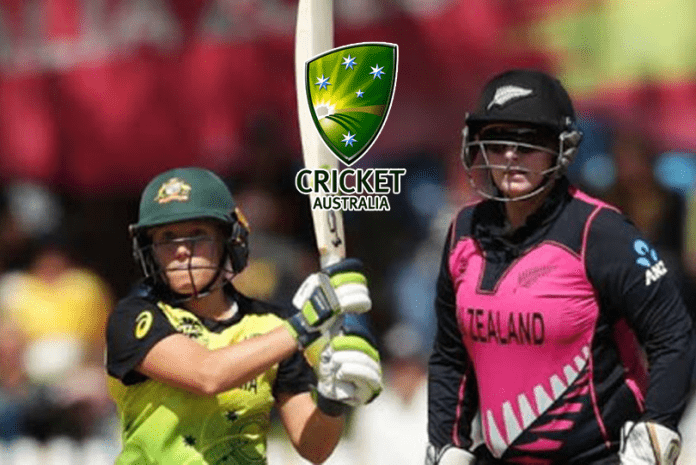 But as the spectators return to the stadium, CA may lose out on the on audiences on television and digital platforms. Reason, the ongoing feud with the broadcast partner. There is no guarantee now, if the series will be broadcasted LIVE or not.

What is the schedule?

“Every ball of the series will be broadcast live on the Seven Network and Fox Sports. Not near a TV? Don’t worry, head to the Cricket Australia Live app to sign up and stream via Kayo Sports”, says Cricket Australian website.

But the reality is something completely different. Owing to ongoing feud between the broadcast partner and CA, the broadcaster is unlikely to broadcast the series. The final decision in this regard can be taken on Tuesday.

Australia vs NewZealand Series :  Meanwhile CA to allow spectators in the stadium

The last international match in Australia to have an audience was the T20 World Cup final between India and Australia at the Melbourne Cricket Ground (MCG).

Australia and New Zealand women are slated to square off against each other in three T20Is and as many ODIs.

“A limited number of tickets will be available in line with Queensland Health and Government COVIDSafe requirements, resulting in a reduced venue capacity in addition to mandatory social distancing measures,” Cricket Australia said in an official release on Monday.

All tickets need to be bought online and then the spectators have been asked to swipe in using a mobile device with details stored if there is a need for contact tracing.

The ground will be split into six zones with people not allowed to move outside of their designated area.

Cricket Australia has also come up with one specific instruction and that is related to the cheering inside stadiums. “Try to keep shouting, singing, cheering, or celebrating to a minimum to avoid transmission,” the Cricket Australia guidelines state.

T20 World Cup: Samuel Badree picks two spinners to watch out, adds one Indian in it – Check out