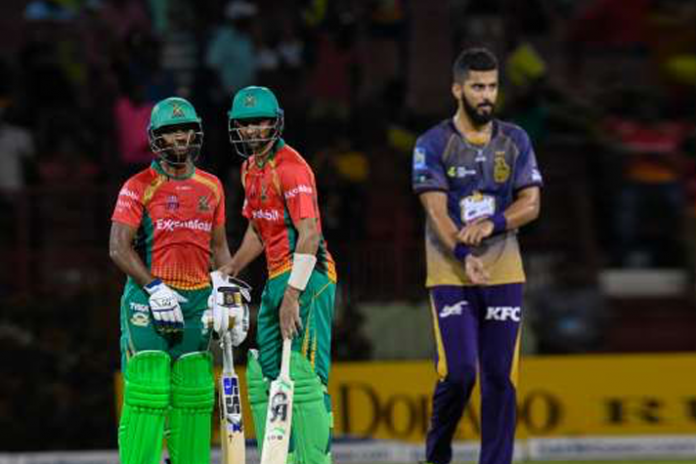 Guyana Amazing Warriors continued their victory march in the Caribbean Premier League, defeating Trinbago Knight Riders by seven wickets to complete seal their round-robin phase with an all-win record – a perfect ten out of ten games.

After stopping Trinbago Knight Riders for 143 for five, fancied Warriors cruised to 144 for three in a mere 18.3 overs. The defeat denied the Shah Rukh Khan co-owned team a berth in the first qualifier. They as the fourth team in the league points table will now be playing the eliminator.

In the process, Guyana Amazon Warriors became the first team to finish the CPL season with a perfect record of 10 wins from 10 matches. For the Knight Riders, the defeat meant they will now play St Kitts & Nevis Patriots in the Eliminator for a chance to make it to the semi-final. The Amazon Warriors will face Barbados Tridents with the winner of that match going straight to the final.

The match also concluded the line-up for the first Eliminator and the Qualifier, scheduled for Sunday (Caribbean Time) and early morning on Monday (India time).