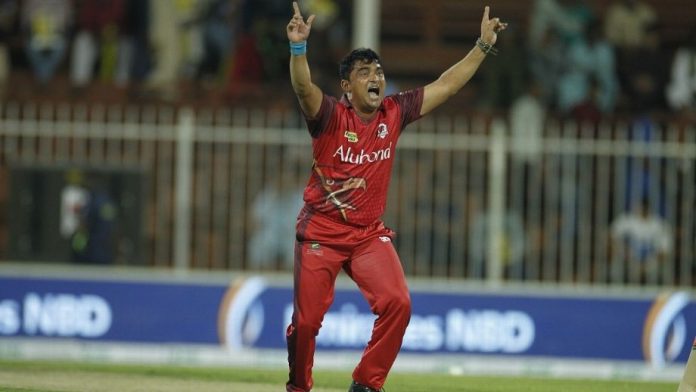 Leg-spinner Pravin Tambe, 48, on Wednesday became the first Indian cricketer to play in the Caribbean Premier League (CPL) when he turned out for Trinbago Knight Riders’ against St Lucia Zouks.

He is also quite possibly the oldest player to feature in a T20 league match.

Sunny Sohal, the 32-year-old former India U-19 player, had represented Barbados Tridents in the 2018 edition of the CPL, but had been picked as a US national at the time.

Tambe came in place of Sunil Narine as Knight Riders’ skipper Kieron Pollard won the toss and elected to field at the Queen’s Park Oval in Port of Spain.

The spinner, who became the oldest player to be sold in the 2020 Indian Premier League (IPL) player auction, put his name in the CPL 2020 draft after being disqualified by the BCCI for playing in the T10 League in the UAE.

As per BCCI guidelines, Indian players are currently not allowed play in overseas leagues unless they have retired from domestic cricket, which Tambe did in 2018 in order to take part in the unsanctioned T10 League.

Tambe played 33 IPL matches and snared 28 wickets at an average of 30.5. In the IPL, he had played for Rajasthan Royals, Gujarat Lions and Sunrisers Hyderabad.