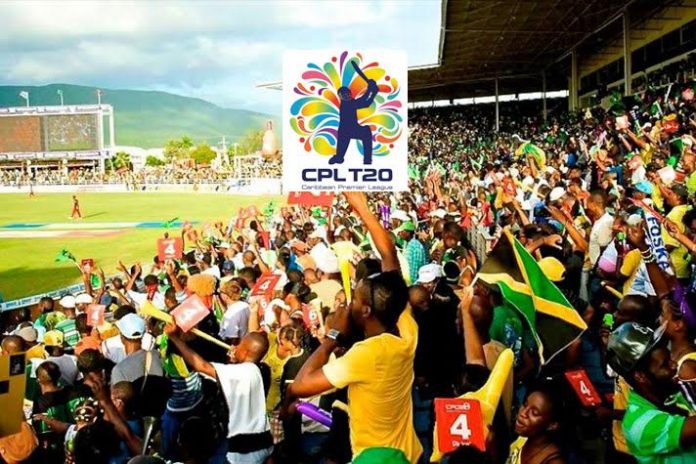 The cricket fans in Caribbean can breathe easy as it has been decided that entire season of CPL 2020 will take place in Trinidad and Tobago (T&T) this year. The CPL 2020 will begin on 18th Aug and finals of the season will be played on September 10th. The organizers have finally got the nod from the T&T government to host the entire season of CPL in Trinidad itself
A total of 33 matches including two semifinals and a final will be played behind closer doors across two stadiums.
2020 CPL Season will go live on 18th August with strict Covid19 measures

The organizers of CPL 2020 finally signed the agreement with the local government after giving undertaking to take all precautionary measures and follow guidelines set by T&T government. According to the understanding –

– All six teams will stay in the same hotel in Trinidad.

– Each team will be broken up into mini clusters. In case anyone from one of the clusters tests positive before or during the tournament, that cluster will have to self-isolate.

– No other guests will be allowed to stay at the hotel hosting the teams.

“We will continue to monitor the situation concerning COVID-19 and to be on top of it, as it is a rolling situation and requires different rules and regulations as time goes on,” T&T minister of sport and youth affairs Shamfa Cudjoe said in a news conference. “Once we bring off this tournament successfully and I am sure we will, then it will be a lesson for us in hosting other games.”

The CPL is set to be the first time people from outside of T&T are allowed into the country since the closure of its borders in late March. The cream of the West Indies cricket is currently on the tour of England to play 3 match test series. The team will be expected to land back in Caribbean before the end of this month. After entering T&T, the entire lot will self-isolate themselves for period of 2 weeks.
CPL 2020 Teams : Players RETAINED (R) SIGNED (S) TRANSFERRED (TFR) DRAFTED (D)