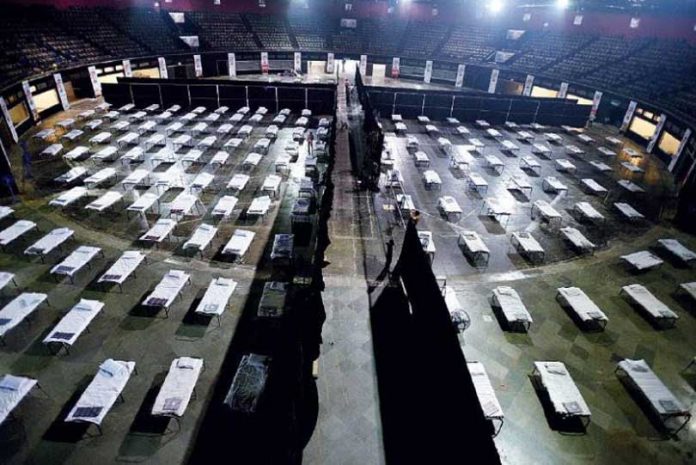 At a time when Maharashtra grapples with the coronavirus, the Brihanmumbai Municipal Corporation (BMC) has decided to convert the National Sports Club of India’s dome into a quarantine facility. The stadium which had hosted some of the leading events including Pro Kabaddi League, Indian Badminton League, NBA India games and others is now — a quarantine zone, which can accommodate around 400-500 patients.

“The authorities were looking for places where they could keep people for quarantine in the respective areas and they have identified this place. And we extended our support by giving them the dome,” the NSCI’s honorary reg. secretary, Atul Maru, told Sportstar on Wednesday. 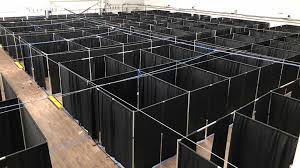 The first COVID-19 patients are expected to arrive Friday at the temporary hospital that has been set up at the USTA Billie Jean King National Tennis Center (NTC) in Queens, N.Y.  The first set of 150 beds is nearing completion, with officials from New York City’s building and fire departments likely to sign off on the facility in the next day or two.The temporary hospital is being housed in the NTC’s Indoor Training Center and will see 12 courts and around 100,000 square feet of space converted into 475 beds, including 20 for Intensive Care Unit (ICU) patients. Elsewhere at the tennis center, the site of the US Open, a different set of teams has been creating meal packages that are being distributed to patients, workers and school children.

Other Global Stadiums turned into Hospitals

Wuhan converted one of its large sports complexes into a hospital as the outbreak worsened, and others have done the same. According to the Philippine Sports Commission, two national sports complexes – one in Manila and one in Pasig City — has been turned into hospitals. The most famous stadium in Brazil, the Maracanã in Rio, has become a field hospital, a temporary facility is also being set up in a Sao Paulo Stadium. The health minister of Wales approved funding to construct a 2000 bed facility at the national stadium. Principality Stadium, which has a retractable roof. Real Madrid’s stadium, Santiago Bernabéu, is storing medical supplies

A field hospital is set up in Rio de Janeiro amid a coronavirus outbreak, next to the Maracana stadium, on March 31, 2020.