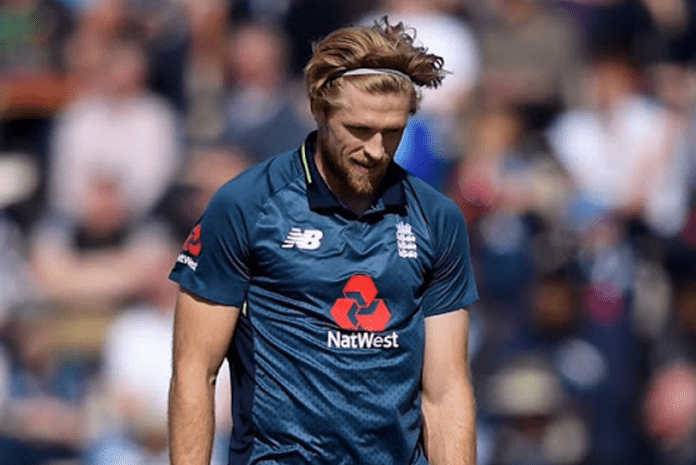 David Willey, the England allrounder, has tested positive for Covid-19.

Yorkshire’s hopes of reaching the latter stages of the Vitality Blast were dealt a huge blow before a ball was bowled against Durham at Headingley on Wednesday night – after captain Willey’s positive test for Covid-19 ruled him plus three other members of their first-choice XI out for the rest of the season.

Vice-captain Tom Kohler-Cadmore, Josh Poysden and Matthew Fisher had spent time with the England all-rounder last weekend and the club’s protocols meant all four were required to sit out the remaining Blast fixtures, including this evening’s televised Roses contest at Old Trafford.

Willey revealed on Twitter that he was the player who had contracted the virus.

“Thank you for all the kind messages,” Willey tweeted. “My wife and I received positive Covid test results. Gutted to be missing the remaining games. Even more devastated that having been in contact with the other three lads Sat morning (before we had symptoms) means they’re at risk and unavailable too.”

The four players had been withdrawn from Yorkshire’s squad to play Lancashire on Monday after Willey’s wife had developed symptoms, and waited in the car park in anticipation of Willey’s own test coming back negative which would have cleared them to play after the four players had come into contact – away from the rest of the squad – on Saturday.