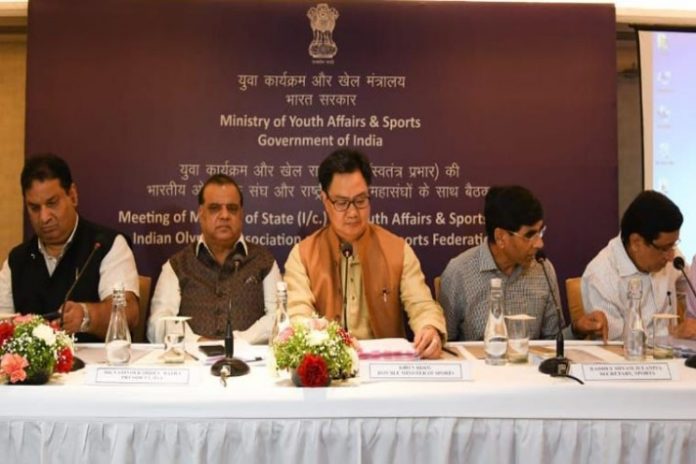 The visit of a high-powered delegation comprising Sports Minister Kiren Rijiju and top IOA officials to Tokyo later this month to look into India’s logistical preparedness for the Olympics has been put on hold in view of the COVID-19 pandemic.

The visit was scheduled for March 25 to 29 but will now happen at a later date which is yet to be decided.

“In view of the rising threat of this COVID-19 pandemic, the visit has been put on hold. As of now, we have not decided when the delegation will visit Tokyo. It will happen at a later date depending on the situation,” said Mehta.

India will have its first-ever Olympic Hospitality House in Tokyo during the Summer Games, scheduled to be held from July 24 to August 9. It will be built by JSW on a piece of land of 2,200 square metre area and in close proximity to the Games Village and multiple venues in the Ariake region of the Japanese capital.

It will offer a range of activities and experiences for travelling fans and supporters who will be in Tokyo for the Olympics.

Running through the duration of the Games, the India House will host watch parties, medal celebrations and meet-and-greet opportunities with the Indian athletes. The visitors will also get a taste of variety of Indian cuisine.

There will be a dedicated Athlete Lounge for Indian Olympians and access to medical facilities and food will be available on site. A media centre to host travelling Indian media personnel has also been planned in the area. Several Indian and international brands will also have their stalls to display and sell their products.

More than 70 Indian athletes have so far qualified for the Tokyo Olympics and the IOA is expecting the number to touch at least 125 before the Games.

The coronavirus outbreak has led to speculation over the fate of the Olympics this year. The International Olympic Committee (IOC), however, has insisted that the Games will be held as scheduled in July-August.